Superstar Rajinikanth has begun shooting for his upcoming Tamil film Kaala Karikaalan in Mumbai. The movie will be produced by Wunderbar Films established by Rajinikanth's son-in-law Dhanush and his daughter Aishwaryaa 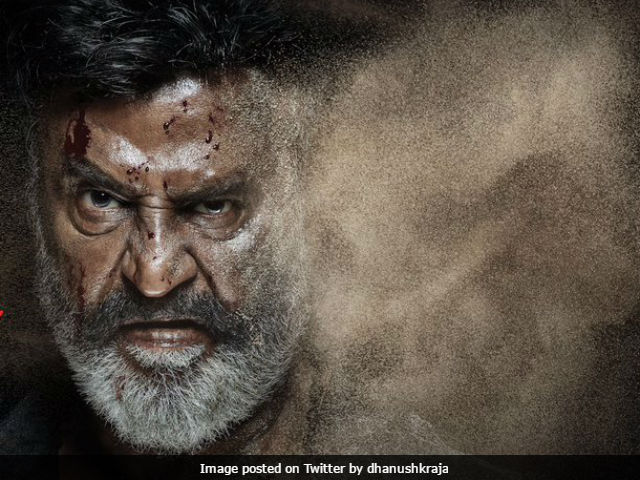 Rajinikanth in the poster of Kaala (Image courtesy: Dhanush)

Superstar Rajinikanth has begun shooting for his upcoming Tamil film Kaala Karikaalan in Mumbai.The movie will be produced by Wunderbar Films established by Rajinikanth's son-in-law Dhanush and his daughter Aishwaryaa. Kaala Karikaalan will be directed by Pa Ranjith. "Rajinikanth sir has also joined the sets. This will be a week-long schedule where the makers will shoot some general scenes that require Mumbai as the backdrop," news agency IANS quoted a source from the film's unit as saying. On May 25, Dhanush unveiled the first poster of the film with the title in English, Tamil, Telugu and Hindi. The black and red themed poster features a silhouetted Rajinikanth. See the poster here:

On Saturday, the 66-year-old actor was spotted at Mumbai airport.
According to reports, the makers have built a replica of Mumbai's Dharavi slum in Chennai, where major portion of the film will be shot.
"On a budget of nearly Rs 5 crore, a set of Dharavi slum has been recreated for the film. Major portion of the film will be shot here," IANS quoted a source as saying.
Actress Huma Qureshi will reportedly play Rajinikanth's love interest in Kaala Karikaalan. "The makers were looking for someone with a strong screen presence as it's a performance-oriented role. Huma will play Rajinikanth's love interest. She is really excited and will start prepping for the role soon," Mumbai Mirror quoted a source as saying.