Suriya Says Singam Franchise A Milestone In His Career

Tamil actor Suriya 'excited about Si3', says Singam franchise has been a big milestone in his career. 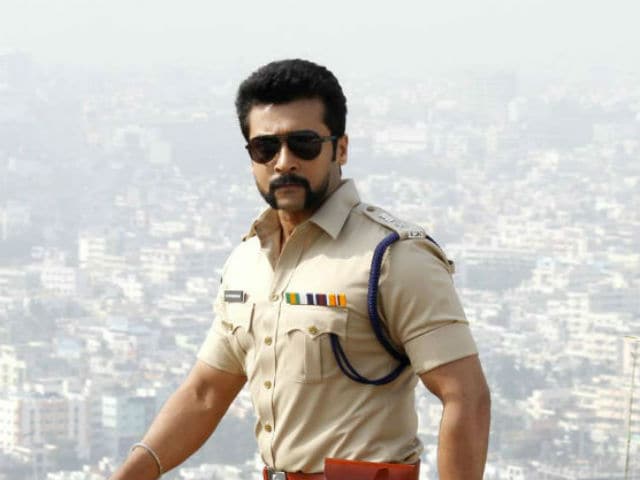 Suriya is quite excited about the release of Si3

Days before the release of his much awaited action packed film Si3, Tamil actor Suriya told news agency IANS that he considers Singam franchise a milestone in his career. The 41-year-old actor who made his debut in 1997 movie Nerukku Ner, says he is 'very excited about the third part' of the film. "When I look back at my career, the Singam franchise as a brand stands out. It has been a milestone, because it helped me reach the masses. Naturally, I'm very excited about the third part," Suriya told IANS. Si3 also has actresses Anushka Shetty and Shruti Haasan in the lead role.
Talking about his experience on the sets of the film with director Hari, who is known for his expertise in action genre in Tamil cinema, Suriya told IANS: "It has been a memorable one. There's never been a bitter moment in our relationship. As director and actor, we understand and complement each other very well."
"I'm still in awe of the pace at which he works. You feel like you're always on the toes on his set. Usually, you shoot three or four shots in a day when you're working with any director. With Hari, we could shoot 90 shots in a single day and without compromising on the output." Suriya added.
The actor told IANS that Si3 has not been made to cash in on the success of the previous two sequels. "Hari and I had originally planned to work on another script. However, fans requested we collaborate for the third part of 'Singam', and we obliged. Luckily, Hari had another script ready and we were good to go right away."Nandha actor said.
Promos of Suriya's film SI3 promise action packed fun for the audiences and the actor shared that he enjoyed shooting for action sequences. "Thanks to the excitement of stunt master Kanal Kannan, shooting action scenes was so much fun," he said.
Si3 is written and directed by Hari and is set to be released on February 9.
(With IANS inputs)