Suriya To Reunite With Director Hari For Singam 4

Suriya confirmed that he will reunite with director Hari for the fourth instalment in the Singam franchise. He said, "Hari and I will reunite for Singam 4. It is definitely on the cards" 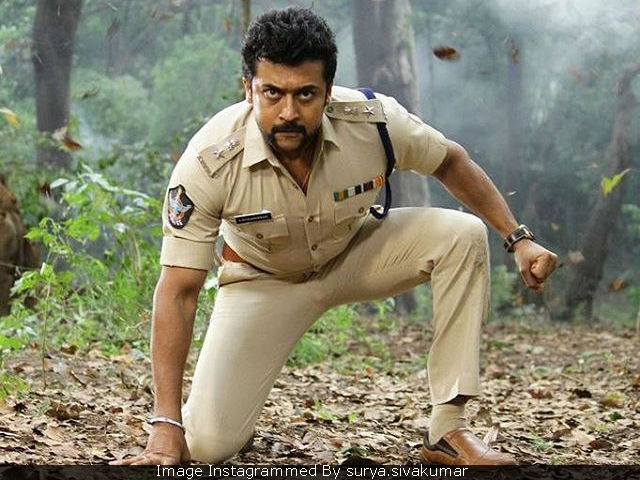 Suriya features as a righteous cop in Singam 3 (Courtesy: surya.sivakumar)

Tamil star Suriya confirmed that he will reunite with director Hari for the fourth instalment in the Singam franchise, reported news agency IANS. The 41-year-old star said, "Hari and I will reunite for Singam 4. It is definitely on the cards. But we might do a film before that. We will do Singam 4, say, after five years." Singam 3 opened to rave reviews last week and has done 'excellent' business at the box office, tweeted film tracker Ramesh Bala. Singam 3 abbreviated to Si3 also stars Shruti Haasan, Anushka Shetty and Thakur Anoop Singh in pivotal roles. In the series, Suriya features as a brave and righteous cop Durai Singam. The actor also added the process to film Singam 4 will take time.
Here's Mr Bala's tweet:

Ahead of the release of the action-packed film Si3, Suriya told IANS that he considers Singam franchise a milestone in his career. "When I look back at my career, the Singam franchise as a brand stands out. It has been a milestone, because it helped me reach the masses. Naturally, I'm very excited about the third part."
Talking about his relationship with director Hari, Suriya told IANS: "It has been a memorable one. There's never been a bitter moment in our relationship. As director and actor, we understand and complement each other very well."
The actor also gifted a car to Mr Hari as a token of appreciation for the success of Si3:

Suriya, who made his debut in 1997 with Nerukku Ner, is currently shooting for Thaana Serndha Kootam. Meanwhile, the actor also dubbed few sequences for the Tamil version of Rana Daggubati's film Ghazi.
(With IANS inputs)