Swastika Mukherjee: I Was Never Desperate for Bollywood 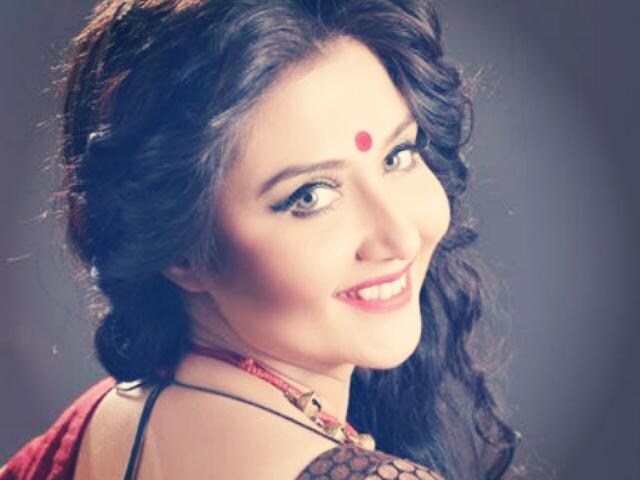 This image was posted on Twitter by Swastika Mukherjee

"Bollywood was never on my mind. I was and I am really happy with the work I am getting in Bengali cinema," said Swastika Mukherjee

Being a big star in Bengali cinema, Bollywood was not in Swastika Mukherjee's wish-list as the actress found the idea of leaving her own industry "discomforting".
"Bollywood was never on my mind. I was and I am really happy with the work I am getting in Bengali cinema. It's seldom that actors are satisfied but I am happy with my work. I was really not comfortable with the idea of leaving my place, going to Bollywood, auditioning for roles and starting from scratch," Swastika, who is making her Bollywood debut with Detective Byomkesh Bakshy! , told PTI in an interview.
"I have seen actors from here, leaving their work, trying for Hindi films and not getting success. And when they returned, their place was already filled by someone else. This was not something that I wanted for myself," Swastika said.
The actress, best known for her Bengali films Abar Byomkesh, Bhooter Bhabishyot and Jaatishwar, had starred in a segment of Hindi film Mumbai Cutting but does not count that movie as her Bollywood debut.
Swastika said she thought of seriously trying a career in Bollywood when Dibakar Banerjee's film came her way.
"I used to meet people from Mumbai, who would ask for my films' DVDs and so I was open to working here but I always believed that if it has to happen, my work will do that and speak for itself. And so Byomkesh happened. I was called for an audition. I was really nervous because in my career I never gave any audition. But when I got to know it was Dibakar Banerjee's film, I thought to give it a try. I had actually lost all hope as I was not getting any call and I thought there would be many girls vying for the role. But just when I thought of moving on, I got the offer," she said. (Also Read - Swastika Mukherjee: Bengal's Sweetheart But Off-Screen, a Darker Story)
Swastika plays Angoori Devi, a 1943 film star, in the film. The multi-layered character is an unpredictable woman, who is as much of a mystery to Byomkesh (Sushant Singh Rajput) as to the audience. Naturally, the 34-year-old actress is excited about her role.
"The base line is that she is a 1943 film star. She has white, black, grey and every other shade. She is a mystery. Byomkesh is always trying to test who she exactly is. Generally, film stars reveal their true side when they are alone but Angoori Devi does not even do that, so no one gets to know what's for real and reel," Swastika said.
As is evident from the film's trailers, Byomkesh and Angoori have an intriguing awkwardness and tension between them. Explaining the complexity of their relationship, Swastika said, "That tension was needed because that is how their relationship is. Byomkesh does not want her to know that he is following her."
The actress shared that Dibakar purposely did not introduce her to Sushant before the shoot to keep the awkwardness intact.
"He did not want us to interact because he wanted us to be natural. It is like how a girl would react, who is meeting a stranger and then acting in physical proximity with him. Dibakar wanted to capture that. And it worked well for our film because that tension is palpable," she said. (Also Read: Swastika Mukherjee Says Sushant Was 'in Shock' After Byomkesh Bakshy Kiss)
Happy with her Bollywood launch, Swastika has a long list of directors that she wants to work with.
"After a 12-year-old career in an industry, you want to try new things, like new directors, actors and stories. Nothing can get better than a Dibakar Banerjee and YRF film. I now have a huge list of directors I want to work with like Anurag Kashyap and Vikramaditya Motwane," she said.
Detective Byomkesh Bakshy!, produced by Yash Raj Films, releases on April 3.