Team Baahubali is Excited, Not Nervous About Part 2, Says Tamannaah

"We have got very good response commercially not only in India but abroad as well. So we are excited more than being scared for Baahubali 2," Tamannaah said 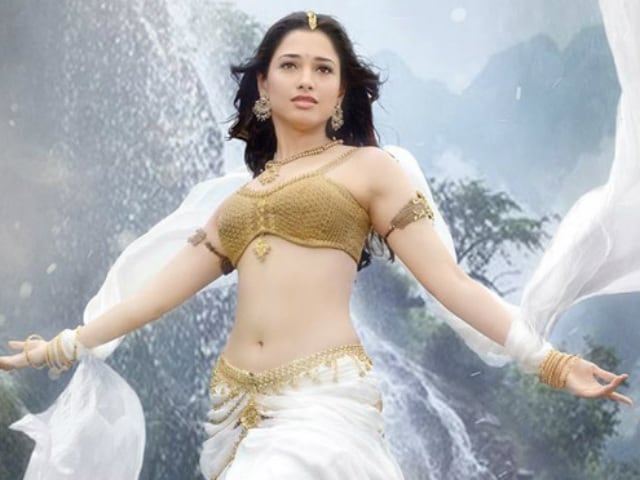 Tamannaah in a still from Baahubali.

Actress Tamannaah Bhatia said that the team of Baahubali 2 is not bogged by the audiences' expectations of the film, but is rather excited about the second instalment of the blockbuster historical action-adventure.
Director SS Rajamouli's multi-lingual movie Baahubali: The Beginning was not only a huge box-office success but also won the best feature film honour at the 2016 National Awards.
Tamannaah said the stress was apparent before the release of the first part but the team is more relaxed about the upcoming movie.
"We were more stressed out that time (referring to response for Baahubali). We did not how people in the South would react and whether the Hindi audience will accept it or not. Today everyone is excited to watch the film," Tamannaah told PTI.
"We have got very good response commercially not only in India but abroad as well. So we are excited more than being scared for Baahubali 2," she added.
Baahubali: The Beginning was simultaneously made in Telugu and Tamil. The epic historical fiction film starred Prabhas, Rana Daggubati, Tamannaah and Anushka Shetty in lead roles.
Its Hindi version was presented by filmmaker Karan Johar.
"If you look at the first part, all women had strong roles. It's an action-war film. It's a rarity that in a war film which is ideally men centric that it had lot to do for me in the film," Tamannaah said.
For her role in the sequel, the 26-year-old actress for the first time learnt horse riding and sword fighting.
"My role in part one of Baahubali was feminine, had song and dance. This time I have a very unconventional part. In part two, I will be doing action, horse riding and sword fighting. I had trained for this film," she said.
There is already a lot of curiosity about Baahubali: The Conclusion as part one ended on a cliffhanger and everyone wants to know why Katappa killed Baahubali.
"That big question will be answered in the part two of the film. Wherever I go people often ask me the same question (why Katappa killed Bahubali). But I can't reveal anything as I have a contract signed with the company (producers)," Tamannaah said.
The much-awaited second part of the magnum opus will hit theatres on April 28, 2017.
According to Tamannaah, 20-25 per cent of the shoot for Baahubali 2 is pending.
"It is shaping up very well. I think the shoot will go on till November. We are shooting the climax. It is going to be bigger than the first part. It has lot more content than the first part," Anushka added.
Besides Tamannaah, the second part repeats the original cast of Prabhas, Rana and Anushka.