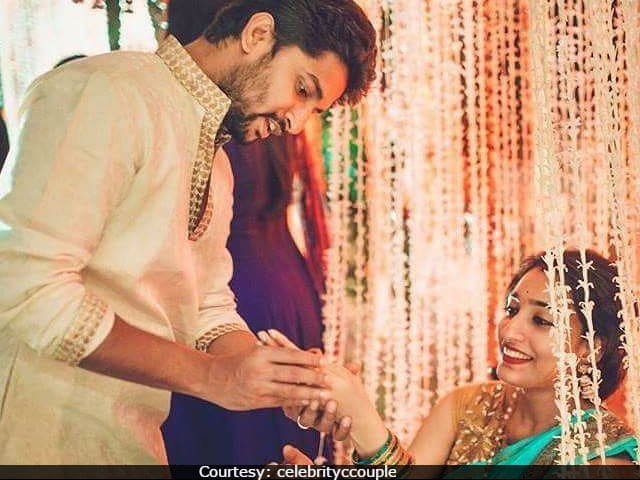 Telugu actor Nani and his wife Anjana have been blessed with a baby boy in Hyderabad on Wednesday morning, reports Deccan Chronicle. Nani and Anjana got married in October 2012 and this is the couple's first child. "The baby's name is as yet undecided as they want to do everything according to tradition, with the naming ceremony to be held on the 11th day. Meanwhile, close family members and friends visited the hospital and congratulated the actor and his wife on this occasion," Deccan Chronicle quoted a source close to the actor as saying. Nani last featured in Nenu Local, which released on February 2. The film received blockbuster status at the box office and stars Keerthy Suresh opposite Nani.
The actor was filming Ninnu Kori before the birth of his child. "The actor came back to Hyderabad only recently after more than a month-long shooting schedule in USA. From then, he took a break to spend time with his wife," Deccan Chronicle quoted a source as saying.
Nani, 33, is best known for films like Majnu, Gentleman, Krishna Gaadi Veera Prema Gaadha, Yeto Vellipoyindhi Manasu, and Bhale Bhale Magadivoy. He began his career as a radio jockey. The actor's first film was Ala Modalaindi in 2011, opposite Nithya Menen.
His next film Ninu Kori's first poster was unveiled in February. It stars Nivedita Thomas opposite Nani. This is the second time Nani and Nivetha have collaborated for the film. Their last outing was Gentleman. Ninu Kori is slated to release in July.