The Ghazi Attack Box Office Collection Day 8: The overall collection of the film is Rs 29.65 crore 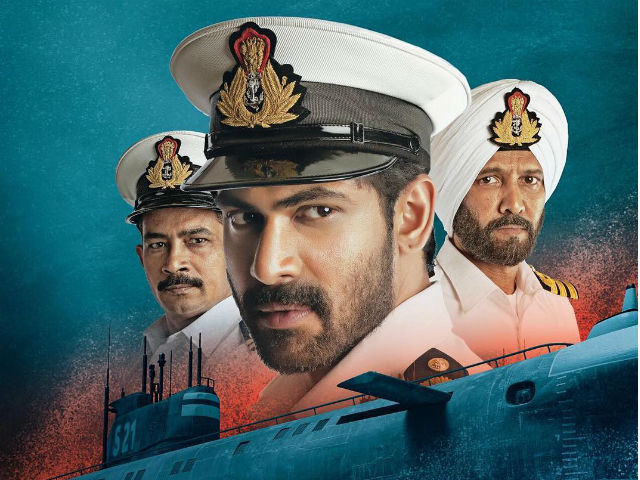 The Ghazi Attack, which released on February 17, had opened to mediocre reviews from film critics on Day 1. The film was simultaneously released in Hindi, Telugu and Tamil. The Ghazi Attack managed to collect nearly Rs 4 crore on the first day. As on Friday, the overall collection of the film Rs 29.65 crore and the Hindi version of the movie managed to earn Rs 12.75 crore, reported Trade analyst Taran Adarsh. The movie, which features Rana Daggubati, Taapsee Pannu, Kay Kay Menon and Atul Kulkarni in lead roles, is going 'steady' at the box office, he says. Rangoon starring Kangana Ranaut, Shahid Kapoor and Saif Ali Khan released in theatres on February 24 and received lukewarm response on Day one.
Here's are the official numbers of The Ghazi Attack's Day 8 collection:

#Rangoon has a dismal start... Fri 6.07 cr. India biz... Will need to show massive growth on Sat Sun to sustain and survive.

The film had released with two other films - Irada starring Arshad Warsi and Running Shaadi starring Taapsee Pannu and Amit Sadh.
The Ghazi Attack is inspired by true events. The story is about the mysterious sinking of Pakistani submarine PNS Ghazi during Bangladesh liberation war in 1971. Sankalp Reddy marks his debut as a director with this film.
Rana Daggubati, who plays the role of a (fictional) naval officer onboard Indian submarine S21 in the film, will next be seen in SS Rajamouli's Baahubali: The Conclusion along with Prabhas, Anushka Shetty and Tamannaah. The film is a sequel to the 2015 blockbuster Baahubali: The Beginning and is scheduled to release in April, this year.