The Ghazi Attack Posters released on Tuesday. The film's trailer will be out tomorrow 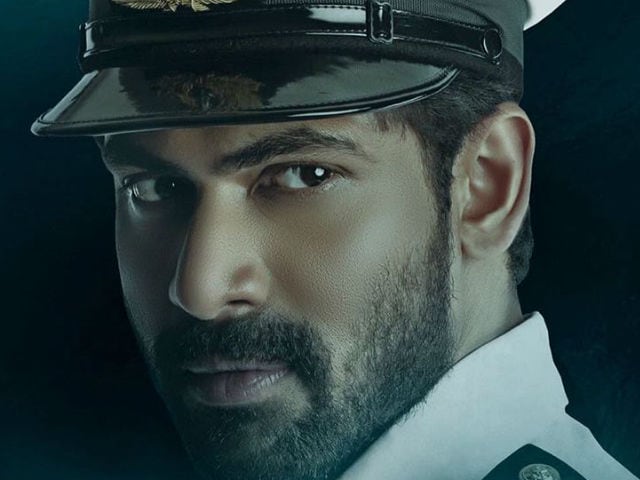 The first poster of Rana Daggubati's upcoming film The Ghazi Attack has sent Twitter into a meltdown of sorts. Karan Johar's Dharma Productions shared the first poster on Twitter on Tuesday and ever since it's been trending. The poster features four principle characters of the film - Rana Daggubati, Taapsee Pannu, Kay Kay Menon and Atul Kulkarni. Soon after the film's main poster, Rana and Taapsee shared their individual character posters too. From these posters The Ghazi attacks, it seems, is an intense action film. It is based on the true incidents on the sinking of Pakistan Submarine PNS Ghazi by India's INS Rajput during the 1971 Bangladesh Liberation war.
Here's a look at The Ghazi Attack posters

The film's trailer releases tomorrow while the film itself will hit the screens in February. The film set against the background of 1971 war is based on Indian Navy soldiers, but Rana's character Lt Commander Arjun Varma is a fictional.
The Ghazi Attack is touted as India's first submarine-based war film. Of filming the underwater sequences, Rana, a certified diver told news agency IANS: "I am quite good at diving, but the last time I did it was around four years ago. It was shot over three days and required me to be underwater from six in the morning to two in the night. It was taxing but I was committed to giving it my best. The fact that it's a first of its kind movie motivates me to keep working hard."
This year, Rana Daggubati will also be seen in the concluding part of S S Rajamouli's period piece Baahubali. The actor bulked up to play Bhallaldeva but had to regain a lean structure for The Ghazi Attack. He told IANS: "I had bulked up for Baahubali, so I had to shed some weight. I also underwent agility training as part of my prep."
The Ghazi Attack, directed by Sanklap Reddy, is being shot in Hindi and Telugu and will be dubbed in Tamil.