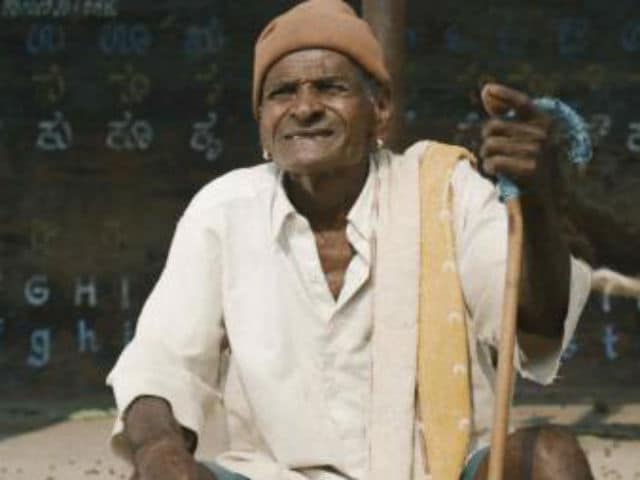 A still from Thithi

Filmmaker Raam Reddy's Kannada film Thithi was conferred the Best Film award by Union Information and Broadcasting Minister M Venkaiah Naidu at the closing ceremony of the 1st BRICS Film Festival here on Tuesday.
Thithi, which earlier won various honours at 68th Locarno International Film Festival, Marrakech International Film Festival, 19th Shanghai International Film Festival and 63rd National Film Awards, is a dramatic comedy about how three generations of sons react to the death of the oldest in their clan, a man named Century Gowda -- a locally renowned, highly cantankerous 101-year-old man.
South African actor Thabo Rametsi won the Best Actor (Male) award for his role in Kalushi, Russian actress Yulia Peresild was given the Best Actor (Female) honour for her film The Battle for Sevastopol and Chinese director Huo Jianqi was announced as the Best Director for helming Indo-Chinese co-production film Xuan Zang.
Meanwhile, a Special Jury award was given to Phillipe Barcinski for Brazilian film Between Valleys, and Special Mention was given to Songs of the Phoenix from China and 14 of Russia.
Speaking at the closing ceremony, Naidu said: "I would like to congratulate all the recepients of the awards. It's a proud moment for us to have them between us today. Also I would like to thank all the delegates for contributing to this festival and making it a huge success."
He said that cinema "transcends national boundaries" by touching the hearts of millions of people globally.
"It has the best influence on the minds of people. It's the most powerful tool to communicate. It plays a pivotal role in creating public opinions on social issues. Cinema should not only be entertaining, it should also be enlightening," added Naidu, who was joined by Union Minister of State for Information and Broadcasting Rajyavardhan Singh Rathore and Directorate of Film Festivals chief Senthil Rajan, among others at the event.
Kickstarted on September 2, the festival, which is a part of the special events planned in run-up to the 8th BRICS Summit being held in India, took place at Siri Fort Auditorium Complex here.
The closing ceremony of the festival featured some power-packed performances by Shiamak Davar Dance Company from India and the Chengdu Performing Arts Theatre from China.
The festival featured 20 films in the competition section which focused on a variety of issues and themes ranging from discrimination, love, history and relevant social challenges being faced by BRICS countries - Brazil, Russia, India, China and South Africa.
The jury of the festival included journalist, producer and curator of film shows Francis Vogner do Reis from Brazil, Academic Secretary of the National Academy of Motion Pictures Arts and Sciences of Russia Kirill Razlogov, Professor Hou Keming from Beijing Film Academy, China, member of the British Academy of Film and Television Arts (BAFTA) Xoliswa Sithole from South Africa, and Indian writer, director and actor T S Nagabharana.
Post the closing ceremony Chinese star Jackie Chan's film Skiptrace was screened. The next edition of the BRICS Film Festival will take place in Chengdu, China.
(This story has not been edited by NDTV staff and is auto-generated from a syndicated feed.)