Varalaxmi Sarathkumar, Actress Who Tweeted About Being Harassed By TV Boss, Launched Campaign 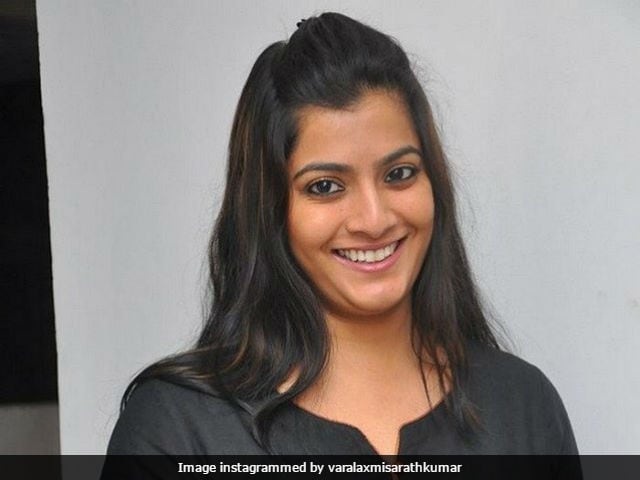 Varalaxmi will feature in Vikram Vedha along with R Madhavan (Image courtesy: varalaxmisarathkumar)

Tamil actress Varalaxmi Sarathkumar recently posted a video on Twitter, captioned: "#SaveShakti. In the video, the 31-year-old actress spoke about creating a platform for women in the film industry to talk about their grievances. Last month, the actress had shared her disturbing encounter with the head of a TV channel. In a post shared on Twitter, she had written: "I was in a meeting with the programming head of a leading TV channel. Towards the end of the half-hour meeting, he asked me, 'So...when can we meet outside?' To which I replied, 'Regarding some other work?' His reply was(said with a smug smile like it was the norm) 'No no! Not work... for other things.' I hid my shock and anger and told him, 'Sorry! Please leave.' His last word on the topic was, 'So...that's all?' He smiled and walked away."
In the video recently posted by the actress on Twitter, she said "There a lot of women are subject to harassment, but they don't speak about it publicly. I wanted this to go beyond a post on social media."

Needs to be said..!! pic.twitter.com/GjJimBIKd3

Varalaxmi Sarathkumar has started a campaign called Save Shakti after consulting a few lawyers. The Podaa Podi actress said that she will approach the state government with a series of requests including special courses for women so that they are brave enough to file complaints against sex offenders. She added that Save Shakti is a campaign which will encourage women from across the film industry to go and register complaints. Varalaxmi has also requested that the verdict in such cases should be reached in six months.
Varalaxmi plans to approach the Film Employees Federation of South India (FEFSI) to request the formation of a women's union.
On the work front, Varalaxmi will feature in Vikram Vedha, co-directed by Pushkar and Gayathri. The film stars R Madhavan and Vijay Sethupathi in lead roles. Her other movies that will release this year are - Nibunan Vandana, Ammayi and Sathya