Venkatesh: Excited to be Sharing Screen Space With Pawan Kalyan 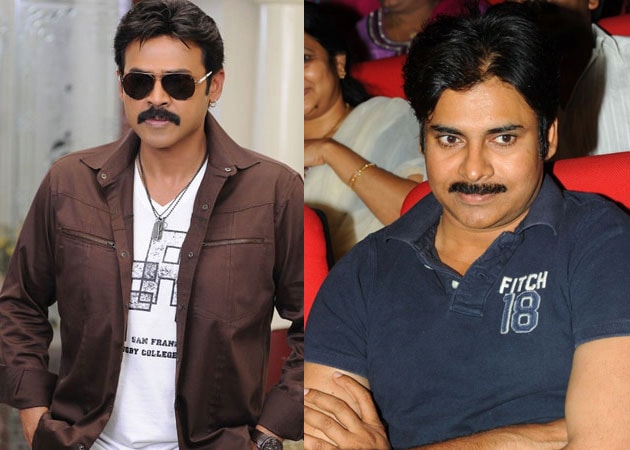 Two of Telugu cinema's top stars - Daggubati Venkatesh and Pawan Kalyan - are sharing screen space in the Telugu remake of OMG - Oh My God!, titled Gopala Gopala. Venkatesh says he's really excited to be working with Pawan Kalyan.
"I'm really looking forward to Gopala Gopala. Pawan and I are working together for the first time and I'm as excited about it as as our fans. Both of us have some wonderful dialogues and I'm sure audiences are going to love it," Venkatesh told IANS. (Also Read: Pawan Kalyan to oversee Gabbar Singh 2 script: Director)
While Venkatesh reprises the role played by Paresh Rawal in the original, actor-turned-politician Pawan Kalyan will play god, a role originally enacted by Akshay Kumar.
"The film will be special not only because we are working together, but also for its novel concept," he added.
Directed by Kishore Kumar Pardasany, Gopala Gopala, which is currently on floors, also features Shriya Saran and Mithun Chakraborty in important roles.