The film has a talented ensemble cast featuring the whos who of Marathi cinema including Jitendra Joshi, Sulbha Arya, Sukanya Kulkarni-Mone and Satish Aalekar. And theres a hilarious special appearance by Boman Irani too 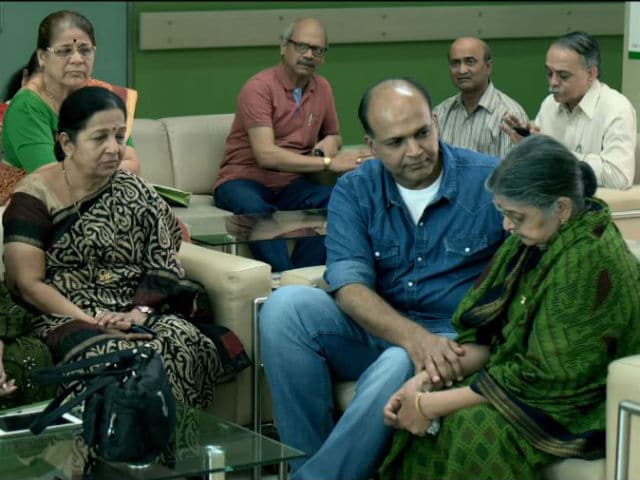 A still from Ventilator

Meet the Kamerkar family in the trailer of Priyanka Chopra's first project as producer, Marathi film Ventilator. The three-minute look at this new comedy was unveiled on Tuesday morning by the film's official Twitter handle, and is being applauded online.
Ventilator, which stars filmmaker Ashutosh Gowariker as a man attempting to cope with an ailing father and a rather odd-ball family, has been co-produced by Zee Studios with Priyanka and her mother Madhu's company Purple Pebble Pictures.
Directed by Raj Mapuskar (who made Ferrari Ki Sawaari), the film has a talented ensemble cast featuring the who's who of Marathi cinema including Jitendra Joshi, Sulbha Arya, Sukanya Kulkarni-Mone and Satish Aalekar. And there's a hilarious special appearance by Boman Irani too.
Ashutosh, who started out as an actor before switching to the director's chair, plays the comatose Gaju kaka's son, whose family will be spending Ganpati festival in a hospital waiting room as their father is plugged to a ventilator. Ashutosh's character the level-headed bloke caught in the middle of all the hilarity and confusion. The trailer promises both laugh-out-loud moments and also instances that move you. Additionally, the film has a message in the end.
Ashutosh Gowariker returns to acting in Marathi cinema after a gap of 18 years. He last worked in Sarkarnama in 1998. Ashutosh directed Priyanka Chopra in 2009 film What's Your Raashee?
Ventilator releases November 4. It is dedicated to the memory of Priyanka's late father, Dr (Lt Col) Ashok Chopra.
Watch the trailer here: