Vidyut Jamwal: I Feel Like a Star in Southern Cinema 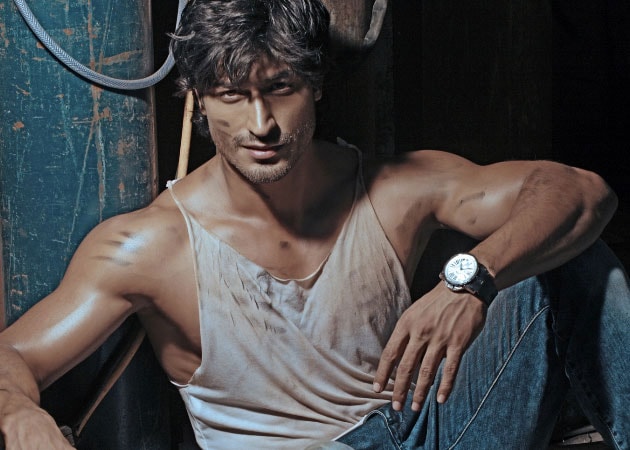 Vidyut will next be seen in Anjaan

In cinema of south India, actor Vidyut Jamwal may have only played villainous roles so far, but he says he feels like a star in the industry after sharing screen space with some superstars such as Ajith, Suriya and Vijay.
"Since I have worked in Bollywood as well as southern cinema, I feel I have been recognized in both the industries. I have my fan following. It's a double whammy that I'm enjoying. But having worked with southern superstars, I feel like a star too when I go there. It's like I've found my own stardom," Vidyut told IANS.
"I also feel I'm getting good recognition in southern filmdom because a lot of Bollywood actors are recognized there. I may not be playing lead roles down south, but I'm happy with the success and recognition," he said.
After playing a baddie in southern films such as Billa 2, Shakti and Thuppakki, Vidyut will be finally seen changing gears with upcoming Tamil movie Anjaan, where he will not play a typical villain.
"My role in Anjaan has no similarities with the ones I've played before. It's not cold and menacing. I'm really excited to the see the result and audience response to it," he said.
"Audiences will also get to see me doing some action in this film. I've performed stunts on my own and I'm sure my performance will be received well," he added.
Anjaan features actor Suriya in the lead and Vidyut will be playing his "partner in crime".
The film, which was predominantly shot in Mumbai, will also feature several Hindi actors such as Manoj Bajpai, Dalip Tahil, Asif Basra and Rajpal Yadav.
Vidyut was "happy" to rub shoulders with several of his industry counterparts in Anjaan. "I was happy to work with so many of them in the same film. You don't get to work with all of them every day. Manoj has been a friend since a long time and we gelled well on the sets. There's so much to learn from him," he said.
Directed by N Linguswamy, Anjaan is slated to be released on August 15. It is jointly produced by the director and UTV Motion Pictures.
Vidyut says "it's a Linguswamy film all the way".
"The reason I agreed to do the film is for Linguswamy. I've seen his Paiyya and fell in love with his work. So when he asked me to come to Chennai to audition for the film, I decided I'll do the film even without knowing my role," he said.
"He's a fabulous director and I always wished to work with him. We shared a wonderful bond on and off the sets and no wonder, I didn't find working with him challenging," he added.
He heaps praise on his co-star Suriya as well.
"Suriya and I will be seen together in the film and that helped us grow closer as friends. He's called a superstar but there's nothing about him that makes you feel so. He's a committed actor and never lets his stardom overshadow his work," Vidyut said.
In Bollywood, Vidyut has started working on Yaara with actress Shruti Haasan. He also has Commando 2 in the offing.