Vijay Antony's Saithan Review: Here are some of the tweets which started poured in within minutes of the movie starting. Some were live tweeting from the theatre and others waited for the credit rolls to run for a wholesome review 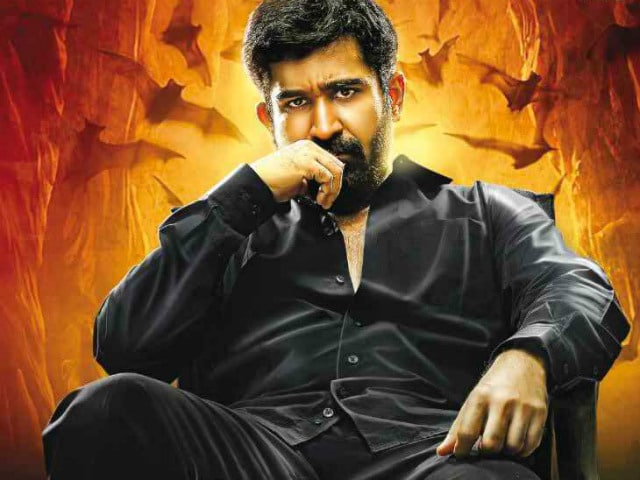 Vijay Antony's Saithan: A poster of the movie

South actor Vijay Antony's much-awaited crime-thriller Saithan hit the screens on Thursday amidst much fanfare. Those who watched the first shows of the film went berserk with their critically honest reviews on Twitter. Saithan received mixed reviews on Twitter with the general verdict being it is "certainly not boring", and that Vijay delivered a "terrific performance". Comments like "bit of a downer" and "predictable" aside, folks on Twitter recommended the supernatural thriller as a "must watch." So, when are you going? Directed by debutant Pradeep Krishnamoorthy, Saithan also stars Arundathi Nair, Charu Haasan and Meera Krishnan. Produced by Vijay Antony himself, Saithan is loosely based on the novel Aaah by Sujatha Rangarajan.
"Well-made thriller. Great work by the entire team," read a tweet on Thursday while another viewer wrote: "it is a riveting supernatural thriller."
Here are some of the tweets which poured in within minutes of the movie starting. Some were live tweeting from the theatre and others waited for the closing credits to run for a wholesome review:

#Saithan bgm is riveting and 1st half of the movie is osm.vj antonys luv story with different story continues......

#Saithan#SaithanMovieReview must watch, well made thriller. Great work by the entire team. @vijayantony congrats for another success

#Saithan starts on high note in the first half, predictable in the second half & ends up like usual Kollywood commercial movie.

#Saithan 1st half - engages partly with an intriguing interval.

#Saithan#SaithanMovieReview must watch, well made thriller. Great work by the entire team. @vijayantony congrats for another success

Saithan, also written by Pradeep, features Vijay in dual roles. The thriller tracks the story of a man who hears preternatural voices and solves a murder mystery.
Earlier in November, in an interview with news Agency IANS, filmmaker Pradeep shared his experience of working with Vijay. Pradeep revealed that Vijay's performance in the role of a supernatural character was "stunning." This is what Pradeep had to say: "Every great story requires a great actor who can justify it. Being an actor doesn't mean merely photocopying the expressions and dialogues given in the script, rather a life has to be given to that role. In that case, I was really stunned by the performance of Vijay Antony sir in the demonic role," Pradeep said in a statement.
Vijay Antony, 41, is the star of films like India Pakistan, Pichaikkaran and Salim. Vijay, however, is better known as a music director, who has composed for movies like Mariyadhai, Ninaithale Inikkum, Sattapadi Kutram and Velayudham. Vijay Antony also has musical numbers like Ulaginil, Thappellam, Poochandi and Thumbakka to his credit.