Vijay Reunites With Samantha Ruth Prabhu, Kajal Aggarwal, Jyothika For His Next Film 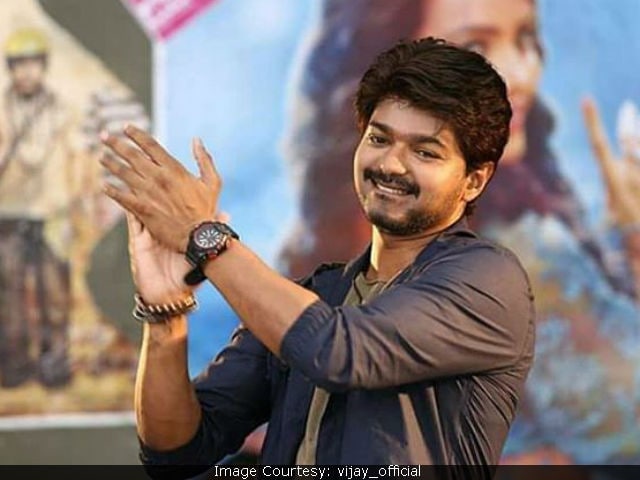 Vijay's film will be directed by Atlee (Courtesy: vijay_official)

Tamil superstar Vijay, who was last seen in Bairavaa, will co-star opposite three actresses in his next film. News agency IANS reported that the 42-year-old star's untitled project will feature Samantha Ruth Prabhu, Kajal Aggarwal and Jyothika. The film went on floors on Wednesday and will be Vijay's 61st Tamil movie. The film will be directed by Atlee and will be predominantly shot in the US, India and Europe. Vijay and Atlee are collaborating for the second time. Their last film Theri was a blockbuster. Jyothika and Vijay are teaming up after a decade. They last appeared on-screen in 2003's action film Thirumalai. He has worked with Samantha Ruth Prabhu in AR Murugadoss' action drama Kaththi. Also, he has featured with Kajal in Jilla.
Oscar-winning composer A R Rahman will compose the tunes for the film bankrolled by S Ramasamy of Sri Thenandal Films. Vishnu will be handling the cinematography. The film will also feature ace comedians Vadivelu and Rajendran. The supporting cast includes SJ Suryah, Sathyaraj, Vaigaipuyal Vadivelu and Sathyan.
"A few locations for the shooting have been locked in the US, and a few more will be finalized during the next visit," a source from the film unit told IANS.
Vijay, who is 25-years-old in the industry last featured in Bairavaa, which released during Pongal. The actor stars as a bank collection agent in the film, who falls in love with a medical student, played by Keerthy Suresh. Bairavaa became the eighth biggest Tamil opener in Malaysia. Vijay debuted as a lead actor in 1984's Naalaya Theerpu.
(With IANS inputs)