Vikram Vedha: How R Madhavan Transformed Into An Intense Cop

R Madhavan will play a cop in Vikram Vedha. The actor had to undergo a complete makeover to suit his role 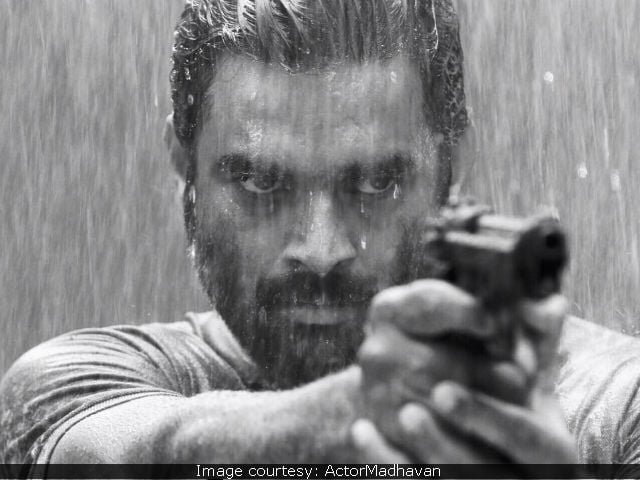 Actor R Madhavan, who went through a massive physical transformation to feature as a boxing coach in Irudhi Suttru in Tamil, has undergone a complete makeover to fit into the shoes of an intense gun wielding cop his next flick Vikram Vedha. Director Pushkar who is co-directing the film with his wife Gayatri, said how Madhavan got into the skin of the character. "Madhavan plays a cop called Vikram while Vijay Sethupathi plays a gangster called Vedha. The film is about the tussle between the two," says Pushkar. The director duo has achieved a casting coup by getting these two powerful actors together. 60 percent of the film has been completed.
Madhavan underwent a complete makeover for this role, shedding the baggage of Irudhi Suttru. It recalled that he lived as a the boxing coach character for over a year, shedding his chocolate boy looks and training intensely to get the bulky muscle mass to showcase a side of him never seen before. Now for Vikram Vedha, he took his time preparing for the role of an intense cop in mufti, much before the shoot began in Chennai. Talking about Madhavan's preparation, Pushkar says, "Madhavan started studying his character months in advance. Physically Madhavan lost all the bulky muscle mass of his boxer look. He perfected a new sculpted lean, mean look in a few months. We put our heads together and got him a new haircut after some research and consultation with a top hairstylist. He had to shed the floppy curls for this film since his haircut had to reflect his seriousness. He will also have a stubble all through."
Pushkar has done a year of research for the film, which he shared with Madhavan. So Madhavan's makeover was psycological as well. Pushkar elaborates, "We carefully studied how cops handling gangsters think and behave. He plays a cop in mufti who doesn't sport a uniform. Such cops actually blend into the areas where they work and don't stand out. So their whole body language is very different. Madhavan is an actor who likes to do his groundwork and get into the very psyche of the character and explore his whole thought process. So he imbibed all our research. This was crucial since the entire plot is based on the type of character he plays and his subsequent actions which shape the story. He started imagining that he was Vikram in flesh and blood, taking on his identity. He started visualising how the cop would act and feel in real life. So intense was his preparation that the minute the camera was switched on, the affable Maddy we know disappeared. We could only see an intense gun wielding cop before us."
The director duo also worked on his diction and the cadence of his dialogues, giving him clipped tones and short sentences. Vikram Vedha is a complete action-oriented film set in North Madras. Pushkar explains, "That's why we styled him with a lean but strong build to give him both power and agility to run, fight the gangsters and wield weapons with flexibility and strength."