VIP 2: Kajol is Apprehensive About Comeback In Dhanush's Film

VIP 2: Kajol is all set to return to Tamil cinema after two decades opposite Dhanush 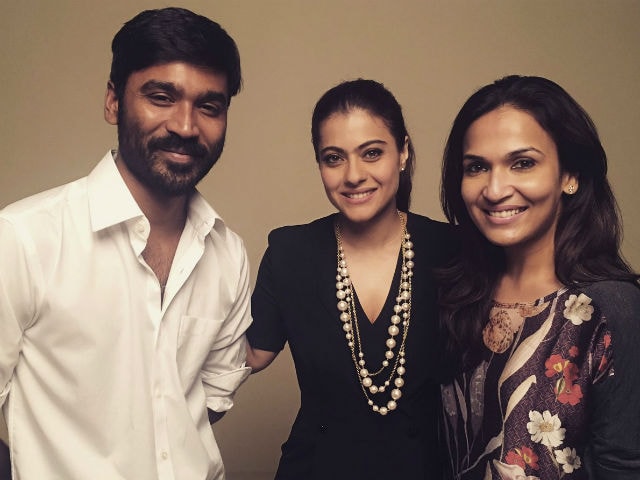 VIP 2 will be directed by Soundarya Rajinikanth (Image courtesy: KajolAtUN)

Bollywood actress Kajol, who is all set to feature opposite actor Dhanush in Velaiilla Pattadhari 2said that she is a bit apprehensive about her return to Tamil cinema after two decades. Kajol, last seen in Dilwale opposite Shah Rukh Khan recently completed 25 years in the film industry. "I am a little apprehensive. But I love the fact that I am going back to Tamil cinema," said the 42-year-old actress to news agency PTI.
Velaiilla Pattadhari 2 (VIP 2) will be directed by Soundarya Rajinikanth. Kajol's last Tamil film was Minsara Kanavu opposite Arvind Swamy and Prabhu Deva, which released in 1997. "I am also extremely excited to return to Tamil cinema," said Kajol to PTI.
Last week, the actress shared a picture with her 'new team' on Twitter:

VIP 2 is a sequel to Dhanush's 2014 hit film of the same name and it is Soundarya's second film as director. Dhanush and Soundarya also expressed their excitement over working with Kajol.


#PhotoShoot with the one and only @KajolAtUN mam & our very own #Raghuvaran@dhanushkraja can't get better than this !!!! #Vip2pic.twitter.com/cFd8YaVkRm

On working with Dhanush and Soundarya, Kajol told PTI, "Dhanush is a very fine actor. I haven't seen Soundarya's work but she looks like she knows what she is talking about and we get along very well. So, things will be good."
The film is being co-produced by Dhanush under his banner WunderBar Films. A few days ago, Tamil superstar Rajinikanth took the clapboard to start VIP 2.
Here are few pictures from the event:


What more can i ask ?? #thanksthalaiva with all your blessings #vip2 kick starts from today. #raghuvaranisbackpic.twitter.com/dtTthGtkGS

Meanwhile, Dhanush is also pepping up for the sequel of Maari and Kajol has a film with Ship of Theseus director Anand Gandhi.
(With inputs from PTI)