VIP 2, Starring Dhanush And Kajol, Gets A Release Date 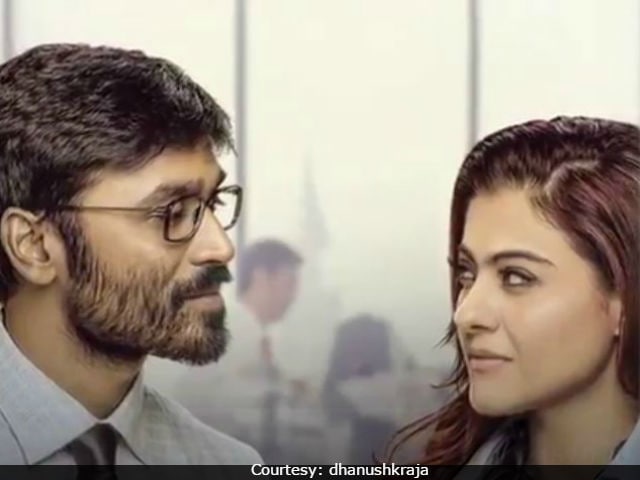 Tamil star Dhanush's upcoming film Velaiyilla Pattathari 2 (VIP 2), opposite actress Kajol, will release on his birthday, July 28. Dhanush, who will celebrate his 35th birthday in July this year, shared the release date through a video on Twitter. "Here we go. VIP 2 release date. Birthday special," he captioned his post. VIP 2, currently in the post-production stage, is directed by Rajinikanth's daughter and Dhanush's sister-in-law, Soundarya. The film went on floors last year in December. Kajol, who debuted in the Tamil film industry in 1997 with Rajiv Menon's Minsara Kanavu, co-starring Arvind Swamy, is making a comeback after two decades.
Here's how Dhanush announced the release date of VIP 2:

Kajol, 42, plays a businesswoman in the film. According to reports the actress stars in a negative role. However, source from the film's unit told news agency IANS, "Kajol plays a suave businesswoman, and there will be different shades to her character. Her character is such that she will lock horns with Dhanush, but that doesn't qualify to make her the antagonist. Audiences are in for a surprise when they watch the film."
VIP 2 is a sequel to Dhanush's 2014 film Velaiyilla Pattathari, also featuring Amala Paul. Saranya Ponvannan, Samuthirakani and Vivek feature as supporting actors.
Kajol was last seen in 2015's Dilwale, opposite Shah Rukh Khan while Dhanush's films - Kodi and Thodari, released last year. Apart from VIP 2, he will also be seen in - Enai Noki Paayum Thota and Vada Chennai. Dhanush recently directed Power Paandi. The film released last month and stars Rajkiran in the lead role.
(With IANS inputs)