"I'm filled with joy and pride. This honour has brought glory to my status as an auto driver in the society. This story of the defenseless deserves worldwide recognition," M Chandra Kumar told IANS 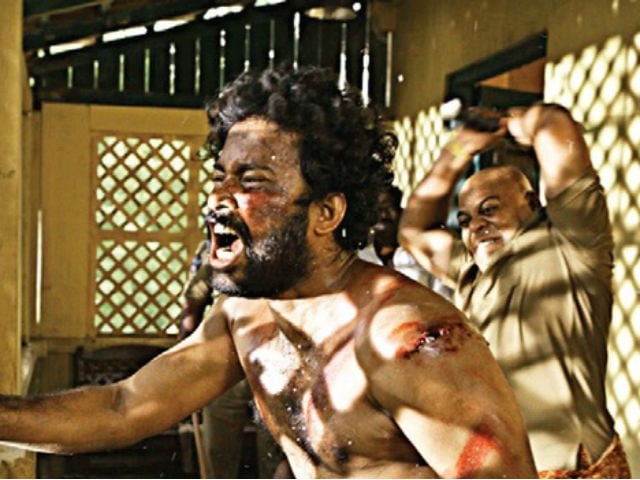 A still from Visaranai

Auto-rickshaw driver M Chandra Kumar, on whose novel Lock Up the National Award-winning Tamil drama Visaranai is based, feels his story of the defenseless deserves worldwide recognition.
On Thursday, the Film Federation of India named Visaranai as India's official pick for the 2017 Oscars in the Foreign Language film category.
"I'm filled with joy and pride. This honour has brought glory to my status as an auto driver in the society. This story of the defenseless deserves worldwide recognition," Kumar told IANS. He says the film's producer Dhanush and director Vetrimaaran deserve all the credit.
"It is through the efforts of Dhanush and Vetrimaaran this story was widely appreciated. The film, I'm told, still hasn't yet reached its destination, with two more rounds to go. We have a long way to go," he said.
When asked if he anticipated such an honour, Kumar said: "I'm not surprised. I strongly feel Visaranai is an Oscar deserving film."
The film is about an organised crime within police force. It also throws the spotlight on police brutality.
Visaranai, which features Dinesh, Samuthirakani, Ajay Ghosh and Kishore in the lead, is the ninth Tamil film to have been chosen as India's Oscar entry. Kamal Hassan's Hey Ram was the last film the language.
The film earned critical acclaim earlier last year when it had its world premiere at Venice International Film Festival, apart from winning three National Awards this year.
(This story has not been edited by NDTV staff and is auto-generated from a syndicated feed.)