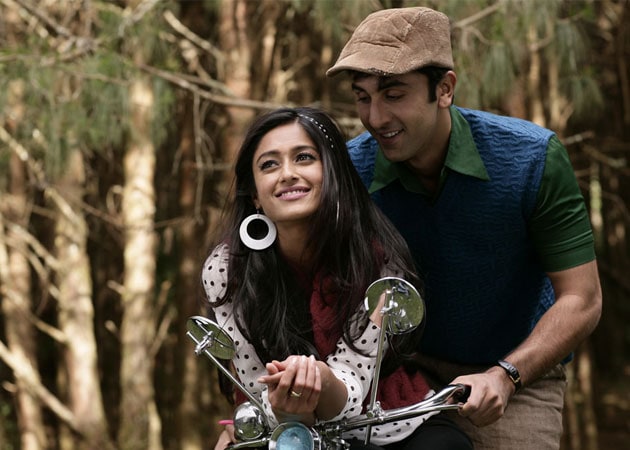 Barfi was shot extensively in Bengal. A still from the movie.

The West Bengal government is mulling opening a single window to process requests to shoot movies in the state - a move which will spare the producers the hassle of knocking at the doors of multiple agencies.

The West Bengal government is mulling opening a single window to process requests to shoot movies in the state - a move which will spare the producers the hassle of knocking at the doors of multiple agencies.
The move is in line with the government's policy to enable the entertainment industry to have a strong footprint in the state, and also to promote film-tourism.
At present film producers are required to take permissions from the police, local civic bodies, owners of land, power department and several other agencies to be able to shoot a movie.
"No more running from pillar to post to shoot a film," state tourism minister Krishnendu Narayan Chowdhury told PTI. "Not only that. The Tourism department will see to it that the the infrastructure in the shooting sites is upgraded so that film units are provided with adequate accommodation, restaurant facilities, roads, healthcare, shopping plaza and transport," Chowdhury said.
The minister points out that as part of a broader plan to encourage the entertainment industry, Chief Minister Mamata Banerjee has already taken an initiative to set up film cities in the state.
However, in case of a shooting plan in the Kolkata Port area, film units must take permission from the KoPT. For shooting in New Town at Rajarhat, permission from the HIDCO is a must, Chowdhury said.
He said that the present lengthy process for obtaining permission from different agencies takes up a lot of time, causes anxiety and escalates budget of a film.
He is hopeful that if successful films like Kahaani, Barfi, Gunday, Lootera, Yuva, Namesake and City of Joy could be made in Bengal, the state could certainly attract attention of more and more producers and filmmakers from the country and abroad. The minister, who attended the launch of FICCI's new initiative 'Shoot at Site' at FICCI FRAMES 2013 in Mumbai on March 15, said that the initiative would go a long way in providing a platform to film-tourism in the state.
'Shoot at Site' also aims to bring together the entertainment and tourism industry under a single platform to promote commerce between each other.
This initiative will also help stakeholders discover the benefits of shooting in India and other participating countries from across the globe with experts, decision makers and producers. Endorsing the FICCI move, the minister said that the premier industry body had also launched the Ficci Frames Market (FFM), a platform to create, buy, sell, finance, market and partner with entertainment content from all over the world.
FFM was launched at Frames 2012 and was a tremendous success having more than 800 structured face to face business meetings between Foreign buyers and Indian sellers. "The FICCI initiative is really an interesting one, if such a thing takes place here," Chowdhury said.