When Jackie Shroff, Playing A Villain, Became The Hero For Real

Jackie Shroff is all set to play a negative role in CV Kumar-directed film Maayavan. "I have a cameo role of an army officer, who is a don-like negative character," says the actor 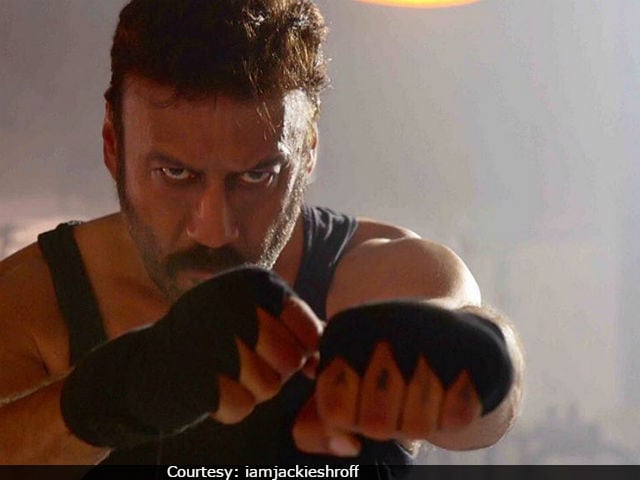 Bollywood's bindaas actor Jackie Shroff made waves in his Tamil debut, playing an impotent, ageing don in the cult classic Aaranya Kaandam (2010). Rajinikanth's motion capture technology based animated Kochadaiyaan was his next film in Tamil. After a long gap, Jackie now returns to Kollywood in a negative role in Maayavan. During a chat with the charming villain, we discover that he actually turned real life hero during a shoot for the film. The actor seems thrilled to be back on the Tamil screen. At the mention of Aaranya Kaandam (AK), he goes into nostalgia mode, "I just loved that role and the movie. I am really happy that wherever I go, Tamil audiences still recall my performance even now."
"I want to do more Tamil films but no-one offered me a big role like that again. Only Rajinikanth approached me for Kochadaiyaan, which I accepted. So now when debut director CV Kumar came to me with AK director Kumararaja's reference, I was happy to accept a role in his Maayavan. Though its not such a lengthy role like in AK, I liked the novel concept of the film which is a sci-fi action thriller. I have a cameo role of an army officer, who is a don-like negative character," Jackie Shroff said. 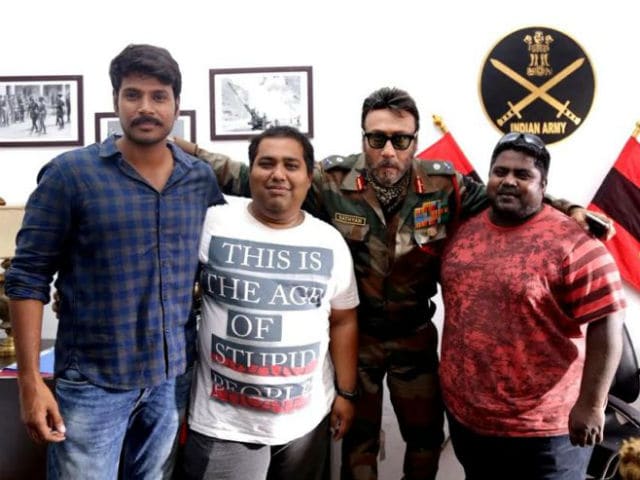 The film stars Sundeep Kishan and Lavanya Tripathi in the lead. Speaking about working with a debut director, the actor recalls, "I came to know that my director CV Kumar is primarily a producer, who has made several path-breaking films in Tamil. As a debut director, he was very calm and easy to work with. I didn't see any stress or flying tempers on sets. He didn't cut any corners as a producer either. I just did what he wanted. I believe in being like blank paper, to let the director fill it as he wishes. Mr Kumar was very confident and easy to work with."
Though Jackie Shroff seems to have had an enjoyable time, there was an occasion when he actually turned from screen villain to real life hero. The actor was injured in the process and left with a pain which he still feels to this day. When we ask him about the incident, he discloses, "We were shooting a fight sequence where I was supposed to attack the hero Sundeep, who was tied to a chair. The chair had to topple when I hit him and he was to fall backwards on the ground, still tied to the chair. Now, just after I said my dialogue and attacked him, he started falling backwards as instructed. In a split second I realized that the angle of his fall was such that he would hit his head really badly on the ground, causing grievous injury to his skull. In a flash, I put out my left arm to catch him and stop the fall. My outstretched arm flew backwards and in a split second, I could feel a searing pain, which was a deep muscle tear."
Taking a short break to get his bearings back, Jackie retained his composure and continued the shoot, despite the pain. He explains, "I completed the fight sequence somehow as I didn't want to hold up the shoot. In the evening, I consulted my physician who confirmed it was a torn muscle condition. I had to do undergo treatment and physiotherapy. To this day, I still feel a light pain in my left arm." But he brushes it aside modestly, saying, "Its all in a day's work. I have had many injuries during shoots in my long stint as an actor. I received an electric shock once, while on two separate occasions a weapon nearly punctured my eyes. My legs have been broken as well. But the show must go on!" Now we know what makes Jackie Shroff one of the coolest actors in the industry.