Why Dhanush Had Tea Atop a Train While Filming Thodari

"I remember the time we were shooting in Rayagada in Odisha. The landscape was pretty stark and scary with lots of dark tunnels through which the train would pass through during shoot. Dhanush had to shoot several of the stunt sequences on the roof of the train during that schedule. One day I saw that Dhanush was having a chair hauled up to the roof of the compartment" 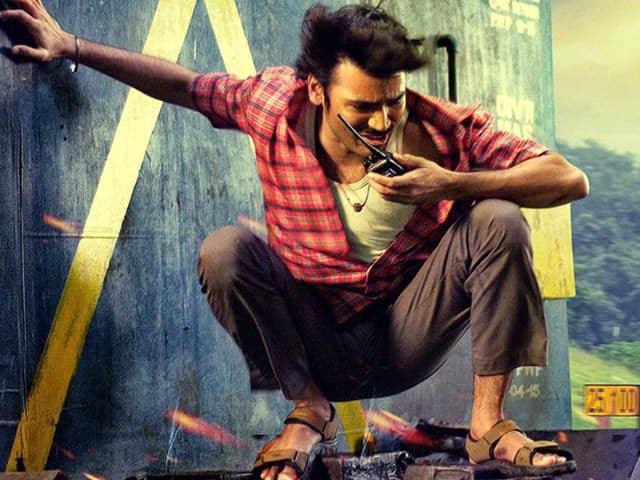 A poster of the film Thodari.

Actor Karunakaran is super excited about having worked with superstar Rajinikanth in Lingaa and now with his son-in-law, actor producer Dhanush in Thodari. Karunakaran has a spate of films lined up and between shoot, recalls the experience of working in Prabu Solomon's Thodari where Dhanush plays a pantry boy and Karunakaran plays his friend.
This film, which is reportedly set completely in a train, was shot for several weeks inside various compartments travelling all over the country. Several dangerous stunts were shot by Dhanush and his team of stuntmen on top of running trains.
In fact, so many of the shots were on top of train compartments that Dhanush resorted to an unusual practice during the shooting. "I remember the time we were shooting in Rayagada in Odisha. The landscape was pretty stark and scary with lots of dark tunnels through which the train would pass through during shoot. Dhanush had to shoot several of the stunt sequences on the roof of the train during that schedule. One day I saw that Dhanush was having a chair hauled up to the roof of the compartment. When I asked him why he was doing that he shrugged matter-of-factly and said, ' It's very tough and also time consuming having to climb upto the train roof, then climb down for the tea breaks between shots and then come up again for the stunts. So I decided to have a chair brought up and tied to the roof and have tea sitting on the roof itself'," Karunakaran revealed.
"I was amazed because it was the first time I was seeing something like this. It showed his earnestness at doing the dangerous stunts without a dupe on a moving train and the ingenuity to save time and effort by sitting on the roof itself. He didn't mind sitting on the hot roof all through without coming for a break to the AC compartment below. Moreover, the stunts were one on a moving train so you can imagine how risky they were," he said.
Of stunts and starvation
Karunakaran recalls how the unit had to get used to shooting within the cramped confines of a train compartment. "It took us about two days to get used to moving and shooting within a small space like that. The camera and lights had to be also accommodated and it was a tight squeeze," the actor said.
But that was not all. The unit had to also adjust mealtimes according to train movements. "One time we shot in Andhra and had lunch four hours laters in Odisha! The reason we were all starved and hungry was because whenever a train passed by, we could not shoot as it would be dangerous and affect continuity. So the engine driver had to apply breaks and that takes time. Then we would then have to wait till we got the green signal to proceed. As a result, one time we had a delay of four hours due to these factors and we could eat only. In the next state till our food was sent there. All of including Dhanush had lunch four hours beyond lunch time that day."
Dhanush apparently also overlooked his fear of heights and has given many a breathtaking shot on high bridges over deep rivers on which the trains crossover. "There was this one scene where he had to sit on the footboard of the compartment. The train then went over a big bridge and I could see the his momentary shock at the sheer height we were on. But kudos to him for overcoming it in a minute. He is one actor who is so quick to grasp things and the speed with which he works is amazing. He understands the intricacies of the most complex stunt scenes in just five minutes and is equally fast in executing it."
(Except for the headline, this story has not been edited by NDTV staff and is published from a syndicated feed.)