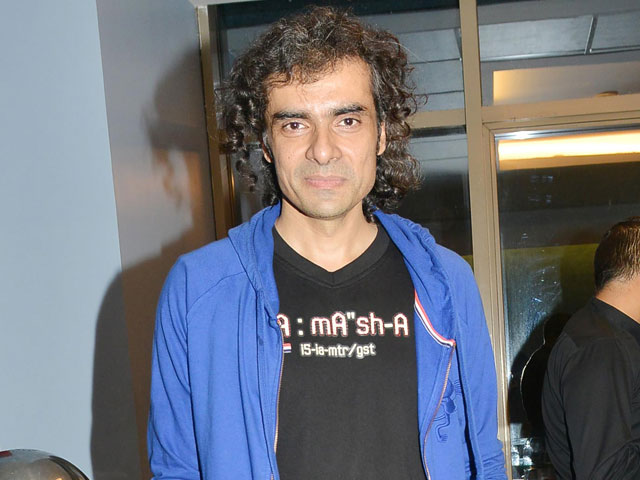 Imtiaz Ali said that the bygone era of Satyajit Ray and Ritwik Ghatak can return if there are films in Bengali like Teenkahon. Directed by ad filmmaker Bauddhayan Mukherji, Teenkahon (Three Obsessions) is a mystery-drama Bengali film

Bollywood director Imtiaz Ali is promoting a new Bengali film in the hope that the golden era of legends like Satyajit Ray and Ritwik Ghatak would return someday in the Bengali film industry.
Directed by ad filmmaker Bauddhayan Mukherji, Teenkahon (Three Obsessions) is a mystery-drama Bengali film.
"I have nothing to do with the making of the film. I liked it after watching it at a film festival and so when I was approached I agreed to present it," said Imtiaz, who was in Kolkata, to help the producers market the film.
He said that the bygone era of Satyajit Ray and Ritwik Ghatak can return if there are films in Bengali like Teenkahon.
Spread over a time frame of a hundred years, Teenkahon weaves three stories together in one film. Two of the stories are based on works by renowned Bengali authors Bibhutibhushan Mukhopadhyay and Syed Mustafa Siraj. The third one is written by the director himself. (Also Read: Imtiaz Ali Wants His Films to Strengthen Values)
"For me it's the return of the good old classic Bengali cinema of the sixties. The film reminds you of what is great in Bengali culture and the Bengali movie-making culture. I feel that Bengali cinema has given a lot to the world. It has inspired a whole set of films. I see traces of it coming back with this film," said Imtiaz, who has made films like Jab We Met, Rockstar and Highway.
He added that Bengali cinema and literature have always inspired him. Teenkahon will release on September 11.