Aahana Kumra: Amitabh Bachchan Made Yudh So Much Easier 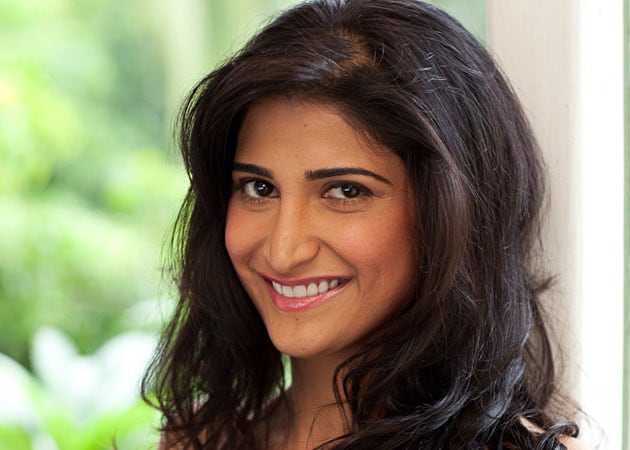 Aahana can't get over the Big B's level of dedication and commitment. (Image Courtesy: IANS)

Actress Aahana Kumra can't help rejoice in the way her role in Amitabh Bachchan's first fiction show on television Yudh has shaped up and the way viewers have reacted to her performance.

Actress Aahana Kumra can't help rejoice in the way her role in Amitabh Bachchan's first fiction show on television Yudh has shaped up and the way viewers have reacted to her performance. She says that Big B's presence made the experience of shooting the show easier.
"I'd have never imagined my character would have such an impact. But there you have it. I am getting so much positive feedback, even my own parents and sister don't have time to talk to me when they're watching the serial," says Aahana, very happy to have come into her own, and that too in the inspiring company of the Big B. (Also read: I Don't Understand the TRP Game: Amitabh Bachchan)
"I've been doing theatre since 2008. That's where Anurag Kashyap saw me and decided to cast me. And to think that I had actually gone to audition for another role, in Anurag Kashyap's film Bombay Velvet, that of the sultry jazz singer which Raveena Tandon is playing.
"But I was told the role had been decided for Raveena ten years ago. It was then that I was offered a role as Mr Bachchan's daughter," she said.
At that point of time she had no idea what the project was. (Also read: Amitabh Bachchan on Yudh, Television and Co-Star Sarika)
"I was not told it was for a serial. It was only later that I came to know it was going to be 20 episodes, and that I'd have so much screen space to share with Mr Bachchan. It's a dream come true."
Aahana can't get over the Big B's level of dedication and commitment.
"He just made it so much easier. You say I don't look nervous in his presence. The credit must go entirely to the director Ribhu Dasgupta and to Mr Bachchan," she said.
Big B sat down with Aahana and worked out a whole back history for their characters.
"When I reached the sets, I didn't know what to expect, how I'd go about playing my part. I was just focusing on how I'd face up to Mr Bachchan in front of the camera. He made it all so easy. He sat down with me and worked out how to approach our characters," she told.
"In his vision, we were a father and daughter who had not been allowed to spend time together. We were now making up for lost time," she recollected.
The actress, who was earlier seen in Makrand Deshpande's experimental film Sona Spa, says the film was like a play on camera.
"And that's what made it exciting and challenging. It's always fun to explore new ways of expression on camera," said Aahana, whose buddy in the entertainment business is Kapil Sharma.
She said, "What he has achieved in television is amazing. I am proud of Kapil."