"All members of Satyamev Jayate, are busy with this water problem and we think making Maharashtra drought-free is more important," says Aamir 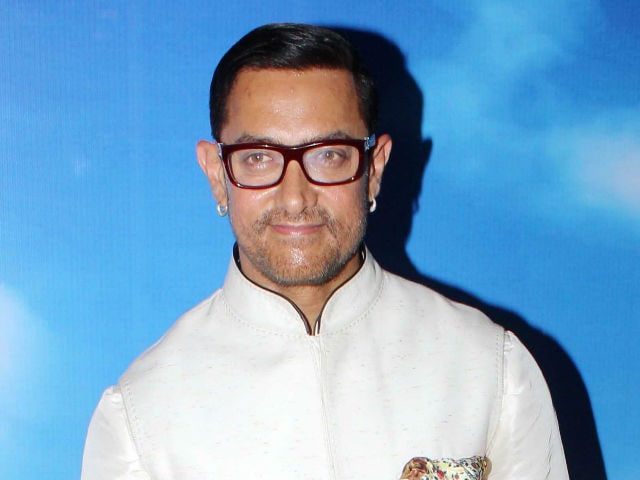 Bollywood actor Aamir Khan says that it is important to make Maharashtra drought-free as the state was already facing a huge water crisis.
When asked about the delay in his much awaited television show Satyamev Jayate, Aamir said, "Satyamev Jayate isn't coming on television because the entire Satyamev Jayate team is engaged in this Paani Foundation work. We, all members of Satyamev Jayate, are busy with this water problem and we think making Maharashtra drought-free is more important."
He was speaking at the 'Satyamev Jayate Water Cup Awards 2016.'
The actor and his wife Kiran Rao, along with the team of Satyamev Jayate, have formed Paani Foundation, which works in association with the state government to find ways to end water scarcity.
Talking about the initiative, the PK actor said, "It is our dream that within five years we will try to make Maharashtra drought-free. We are fortunate that we have got a Chief Minister who has taken a firm decision to solve the problem. His political will is strong and his administration is giving full support. So this is a great thing."
Meanwhile, the 51-year-old actor is gearing up for Dangal, which is slated to release on December 23. Aamir is playing the role of a wrestler Mahavir Phogat who taught wrestling to his daughters Babita Kumari and Geeta Phogat. Dangal is directed by Nitesh Tiwari.
The actor will reportedly co-star with Amitabh Bachchan in Vijay Krishna Acharya's Thug. Aamir has worked with Vijay in Dhoom: 3.
(Except for the headline, this story has not been edited by NDTV staff and is published from a syndicated feed.)