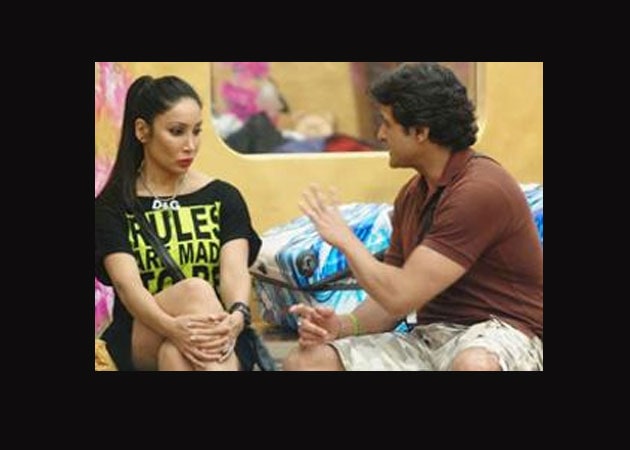 Sofia and Armaan bickered frequently in the Bigg Boss house

Evicted Bigg Boss 7 participant Sofiya Hayat has filed a police complaint against fellow contestant Armaan Kohli alleging that she was manhandled by him inside the Bigg Boss house.

Evicted Bigg Boss 7 participant Sofiya Hayat has filed a police complaint in Mumbai against fellow contestant Armaan Kohli alleging that she was manhandled by him inside the Bigg Boss house. The police are yet to register an FIR in the case.
British-Pakistani actress and model Sofia says she has filed one complaint about the way she was physically abused and another about the defamation of character. "I want Armaan to go to jail for atleast a month. He should be punished. The world needs to know that India will not tolerate this behaviour, India stands behind its women," she said.
Sofia accuses actor and former child star Arman of hitting her on the face with a mop which she was using to wipe the windscreen of a car during a Bigg Boss task. "A 6 feet two inches man hit me on my face with a stick. I thought he will be evicted but he was not. He is a very violent and aggressive person. He should not be given a second chance to hit any other woman. I don't want to teach him a lesson. I just want to do what is right," she said in a statement."
Sofia claims that Bigg Boss didn't air the footage of Armaan hitting her since children also watched the show. However, according to her, the live feed was proof enough. "If you watch episode 82 on internet, fellow contestants Gauhar and Kushal say this is violence and should be made into a police report. My fans saw the live feed on Twitter. The whole world has seen what happened and they want Armaan Kohli to be dealt with in the right way."
Sofia was eliminated from the show last week. She had earlier complained about Armaan to show host Salman Khan who told her to be more assertive with him. Armaan Kohli is still in the Bigg Boss house.