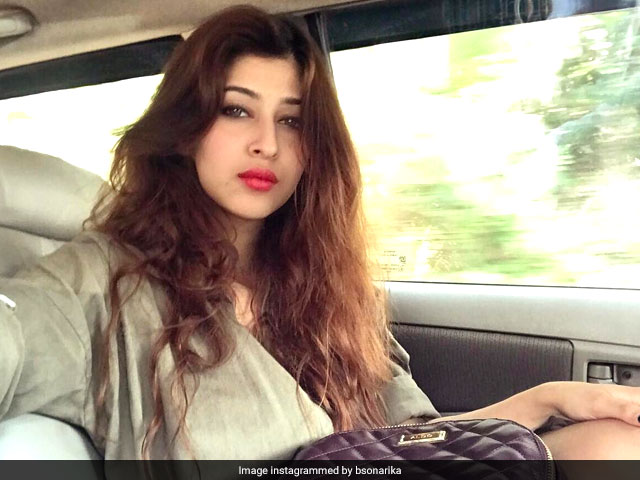 Actress Sonarika Bhadoria has filed a complaint with the Maharashtra police against a stalker for reportedly sending indecent messages, stated a mid-day report. Following the 23-year-old actress' complaint in February, the stalker was identified as a student from Maharashtra's Kurkheda and has now been arrested, reported mid-day. The accused reportedly acquired Sonarika's contact details in October last year and has allegedly been sending inappropriate messages and photos, said mid-day. The report also stated that the accused continued to harass Sonarika using multiple numbers. Sonarika Bhadoria is best known for playing the role of Parvati in popular TV show Devon Ke Dev Mahadev.
"The accused was constantly sending objectionable and obscene messages as well as photos to the actor since October 2016. She got scared of the messages and blocked his number several times, but he would use different numbers to harass her. The actress then visited us in February and registered the complaint," mid-day quoted a cop from the Kurar police station as saying. The accused has reportedly been arrested by the Kurar police and brought to Mumbai earlier this week. The court has asked to him placed in custody till May 1, reported mid-day.
Meanwhile, DNA reports that in an interview to a daily, Sonarika said she decided to file a complaint after the accused began calling her relatives. "He was repeatedly messaging me and calling me since 7-8 months. I was fed up and scared by seeing his messages. When I blocked his number, he used other numbers to contact me. He used at least 25 numbers to contact me. When I switched off my phone for few days, he started calling my relatives and father. Initially, I ignored but in February I approached the police and filed a complaint," DNA quoted Sonarika as revealing to a daily.
Actress Sonarika Bhadoria has also featured in TV show Tum Dena Saath Mera and appeared in Telugu films like Speedunnodu and Jadoogadu.