Ulka Gupta, who played the young Lakshmi Bai in Jhansi Ki Rani, revealed that she was refused roles because of the colour of her skin 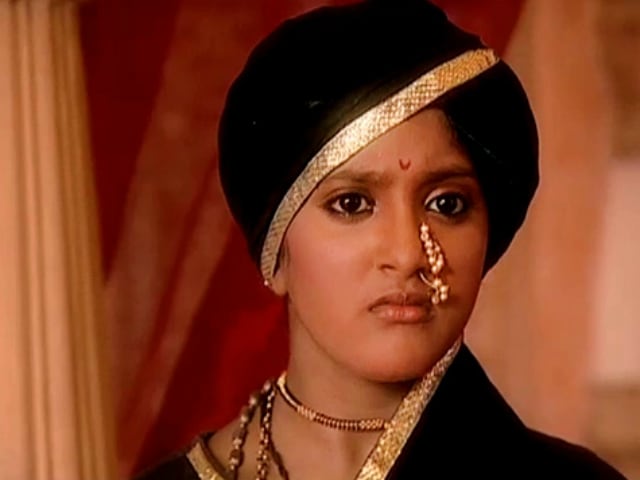 Ulka Gupta in a still from Jhansi Ki Rani

Actress Ulka Gupta, who played the young Lakshmi Bai in TV serial Jhansi Ki Rani from 2009 to 2011, has revealed that she was refused roles because of her skin colour when she was as young as seven. Now 19, the actress told Daily Bhaskar, "I was very passionate about acting but surprisingly at the very young age, I came across the dark side of our industry. After wrapping up Resham Dankh, my father and I used to go for the auditions on a daily basis. And every time, I was disappointed to see that the producers are looking for a fair girl. According to them, fair girl represents an up market girl. I was rejected so many times just for the sake of my dark skin."
Ulka, who is a popular face in regional cinema, was quoted by Daily Bhaskar as saying: "Due to my complexion, I got a role of Saloni's daughter in Saat Phere. Since, that show focused on the girl's courage beyond her dark complexion; the casting directors finalised me. Otherwise, I was rejected most of the time. Surprisingly, even after so many years of experiemce, my casting agent still gets few requirements stating, 'need a fair complexion girl'. Honestly, I have stopped going for such auditions because I wanted my talent to speak up for me and not the color of my skin."
Ulka Gupta was also quoted by Daily Bhaskar as saying: "I did not take up any daily soap henceforth. I wanted to grow up in a normal atmosphere. My whole concentration is on the big screen now."
Voices speaking up against showbiz racism are rare. Months ago, actress Tannishtha Chatterjee wrote an impassioned Facebook account of how her skin colour was made fun of on the show Comedy Nights Bachao, an episode of which she was appearing on. She left the show early and later received an apology from the TV channel that airs it. Kangana Ranaut, who is to star in a biopic of Rani Lakshmi Bai, has also publicly refused to advertise fairness creams.
Ulka Gupta, who appeared in the Telugu film Rudhramadevi, will soon be seen in a Marathi movie scheduled to release in April 2017.