Alec Baldwin has deep ties to Saturday Night Live, having guest-hosted a record-setting 16 times since his debut in 1990. The premiere will feature actress Margot Robbie as host and musical guest The Weeknd 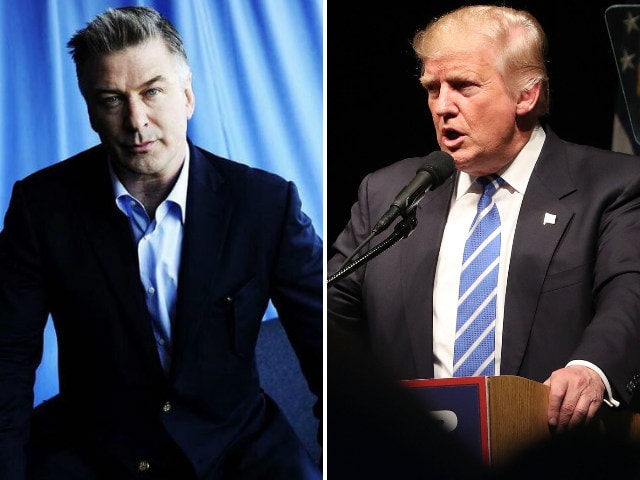 Actor Alec Baldwin will debut his Donald Trump impression on the upcoming season premiere of Saturday Night Live on October 1.
He will play Trump for the entire season, sources have told The Hollywood Reporter.
The reality star-turned-Republican presidential nominee was played last season by Darrell Hammond, a onetime cast member, who returned to the show in 2014 as its announcer.
Mr Hammond will remain with the series as its announcer and continue to appear on the show periodically. Before me Hammond, Trump was played by cast member Taran Killam, whose contract was not renewed for season 42.
Trump himself hosted the show in November 2015 amid much controversy.
Executive producer Lorne Michaels made the decision to cast the 58-year-old Baldwin in the part of Trump over the summer.
A close personal friend of the producer, who also starred on the NBC sitcom 30 Rock, Mr Baldwin officially signed on earlier this week and taped a promo that debuted on social media on Thursday.
The arrangement is similar to the casting last season of Larry David to play Democratic presidential candidate Bernie Sanders over multiple episodes, an idea that paid off in huge comic dividends with winning sketches like Bern Your Enthusiasm, a send-up of Mr David's long-running HBO hit.
Mr Baldwin has deep ties to Saturday Night Live, having guest-hosted a record-setting 16 times since his debut in 1990. The premiere will feature actress Margot Robbie as host and musical guest The Weeknd.
(Except for the headline, this story has not been edited by NDTV staff and is published from a syndicated feed.)