"I did not abscond as I have been accused of doing. I gave the cops my contact number. I was in touch with an advocate who advised me to leave the spot, saying Pratyusha's friends would harm me and the police would harass me. That's why I left. It was, obviously, a mistake," said Rahul 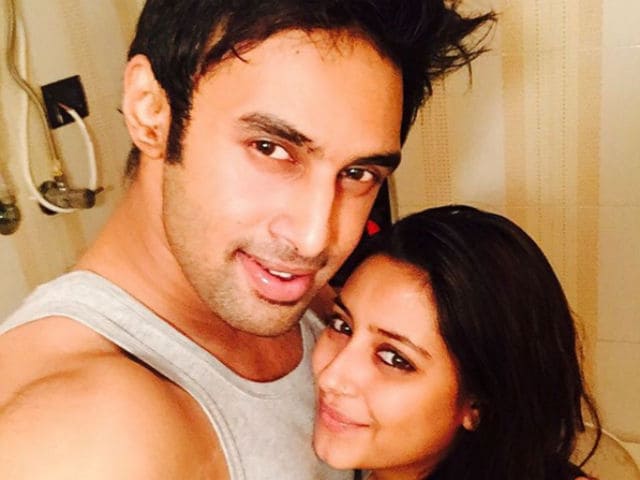 Pratyusha Banerjee, say officials at Bangur Nagar Police Station, decided to take her life following a tiff with live-in partner Rahul Raj Singh. She was upset with Rahul's closeness to a female friend and this had led to several fights between the two.
Image Courtesy: mid-day.com
At 11 pm on Saturday, Rahul left the police station after preliminary questioning by the police. A police officer said, "We will call Rahul again to record his statement and conduct an inquiry. No clean chit has been given."
A source told this newspaper that Rahul had, in the past, dated women and was accustomed to enjoying luxuries at their expense. Speaking to mid-day, Rahul said he is innocent, even while admitting that he would have frequent fights with Pratyusha. Edited excerpts from the chat.
"Pratyusha and I were at our Goregaon flat on Thursday night and a female friend had joined us. We had a few drinks that night and, early on Friday morning, the friend wanted to visit Bandra's Mount Mary church. I went along with her while Pratyusha stayed back. I returned at 4 am and went to sleep with Pratyusha in our room.
Image Courtesy: mid-day.com
When we woke up in the morning, the two of us ended up in an argument. Pratyusha started drinking and I was trying to convince her not to do it this early in the day. She did not listen to me. After a while, I too joined her.
At around 1 pm, I left home for some work. After almost an hour, I called her on her phone but it was switched off. After several attempts, she finally answered the phone. I asked her if she wanted me to pack lunch for her but she refused.
I reached home and the door was locked from inside. I asked my neighbour's domestic help to enter the house from the balcony and unlatch the door. When he entered, he found Pratyusha hanging from the ceiling fan of the living room. Shocked and numb, I called my uncle and later, I called Pratyusha's parents. I rushed her to Andheri's Kokilaben Ambani Hospital where she was declared dead on arrival.
I did not abscond as I have been accused of doing. I gave the cops my contact number. I was in touch with an advocate who advised me to leave the spot, saying Pratyusha's friends would harm me and the police would harass me. That's why I left. It was, obviously, a mistake.
I was dating Pratyusha since November 2015 and wanted to marry her. I still believe that she is my wife. I take her as my wife. If I had not left home on Friday, she would have been alive.
Whatever money she earned, she sent to her parents. I admit we fought a lot. Fame had gone to her head. She'd always belittle me. However, I am innocent."