Vivek Dahiya said: "Both of us look forward to our evenings and spending time with each other post work" 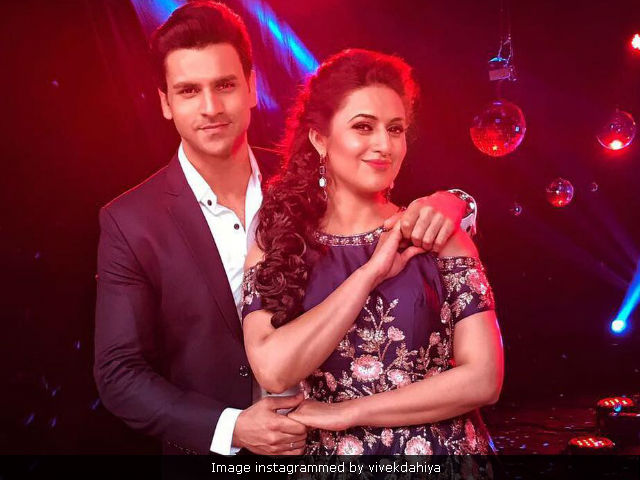 TV star Vivek Dahiya has made the case for marrying a colleague, days after actor Anas Rashid was accused of sexism for saying that only one partner should work in 'this industry' or words to that effect. Vivek and actress Divyanka Tripathi fell in love on the sets of the show Yeh Hain Mohabbatein and married last July. Celebrity relationships are notoriously fragile and often do not survive the public scrutiny and demanding shoot schedules - but Vivek Dahiya says it that being married to an actor is a plus. "Priorities change but luckily my partner is from the same industry and hence we both understand the work culture and hours," the 32-year-old actor told news agency PTI.
"Both of us look forward to our evenings and spending time with each other post work," he said. It probably helps that they are now contesting on celebrity talent show Nach Baliye 8 as a couple.
Anas Rashid, best known for his work on the show Diya Aur Baati Hum, recently revealed that he was engaged to marry a Chandigarh-based Human Resources executive named Hina. Asked by Hindustan Times why he wasn't marrying a fellow actor, Anas controversially said, "I'm working in this industry; aur agar bahu bhi kaam karegi, toh ghar pe kaun rahega? (And even if my wife works here, who will be at home?) For my family, the fact that I'm working in this industry is enough."
Anas Rashid and Hina will marry later this year - now wedding date has been revealed.
Vivek Dahiya and Divyanka Tripathi are among the favourites to win Nach Baliye 8, which is being judged by actress Sonakshi Sinha, Terence Lewis and Mohit Suri.
(With inputs from PTI)