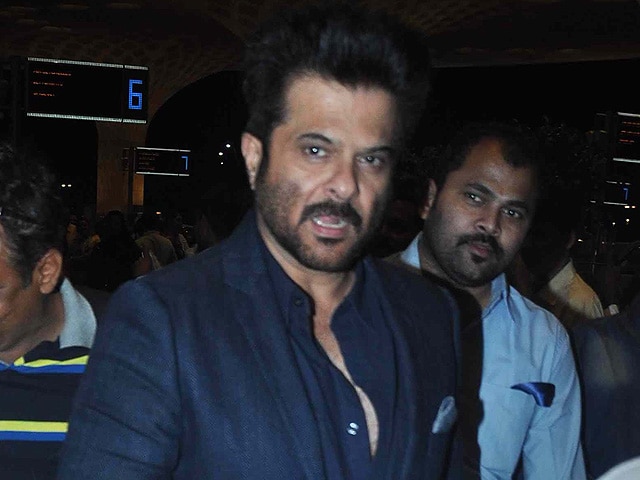 "I have spoken to Suriya. I think, hopefully, it will settle down and we will sort it out," said Anil Kapoor

Actor-producer Anil Kapoor may call a truce with Tamil star Suriya, against whom he was reportedly planning legal action for launching a film titled 24 - which happens to be the same as an international TV show, the remake rights of which rest with the Mr India star.
"I have spoken to him (Suriya). I think, hopefully, it will settle down and we will sort it out. We are ready with it. See, we all try and protect our brand and name, and so we do everything to protect it," said Mr Kapoor, who is in the Malaysian capital to promote the upcoming International Indian Film Academy (IIFA) Weekend and Awards.
Mr Kapoor was reportedly ready to take strict legal action against Suriya over 24, which the latter is starring in as well as producing under home banner 2D Entertainment.
Since the look and logo of the title seemed similar to the popular American TV series 24, for which Anil had bought the remake rights for from 20th Century Fox International TV a few years ago, it has irked him.
Meanwhile, Suriya's 24, directed by by Vikram Kumar, went on floors on April 8 with a month-long schedule in Mumbai before heading to other locations. IANS tried contacting director Vikram Kumar for a comment, but in vain.
Mr Kapoor, who has starred in a season of the American 24, brought a 'desi' version of the show to Indian TV screens via Colors in 2013. A new concept, with high production values, an impressive line-up of actors like Shabana Azmi, Tisca Chopra and Mandira Bedi, the show struck a chord with viewers, who were fed up of the humdrum TV soaps on kitchen politics and bedroom gossip, had to offer.
Now, the 58-year-old is ready to start working on the second season of the show.
"As soon as I am done with IIFA (in June), the shooting of 24 will go on floors. We will try to make it better and more successful. Performances and casting will be even better and bigger. And there will be more new characters," he said.
When should we expect it on TV? "That's upto the channel to decide," he said.