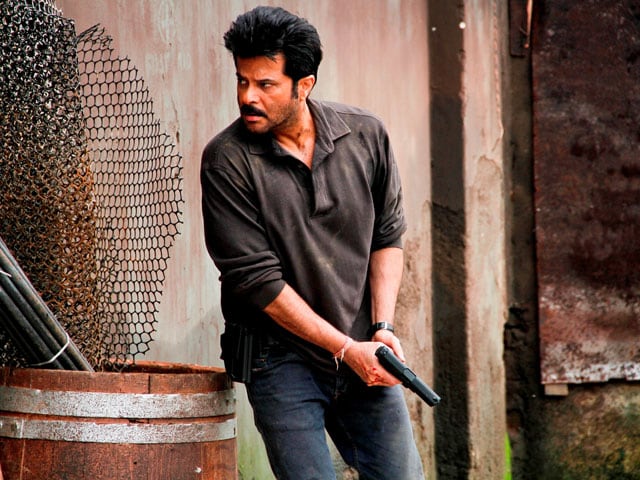 Anil Kapoor in a still from 24

Mr Kapoor tweeted an image of himself having brunch with his 'dream team'. The actor wrote on Twitter: The pro'Business brunching' with the dream team - Marion & Howard @FOXTV. Exciting things in store for #24India S2! He played Jai Singh Rathore, the chief of an Anti-Terrorist Unit on the previous season of the show

Bollywood actor Anil Kapoor, who starred in and produced 24, the Indian adaptation of the popular American TV show, has lined up some exciting stuff for its second season. (Also Read: Mandira Bedi 'Feels Bad' She's Not in 24 Season 2 )
Mr Kapoor tweeted an image of himself having brunch with his 'dream team':

The actor had earlier told news agency IANS that viewers would be treated to some new cast members in the upcoming season of the show in which he played Jai Singh Rathore, the chief of an Anti-Terrorist Unit.
24, which aired on Colors, brought a refreshing change on television not just in terms of the concept but production values as well. Besides Mr Kapoor, it had an impressive cast which included Shabana Azmi, Tisca Chopra and Mandira Bedi.