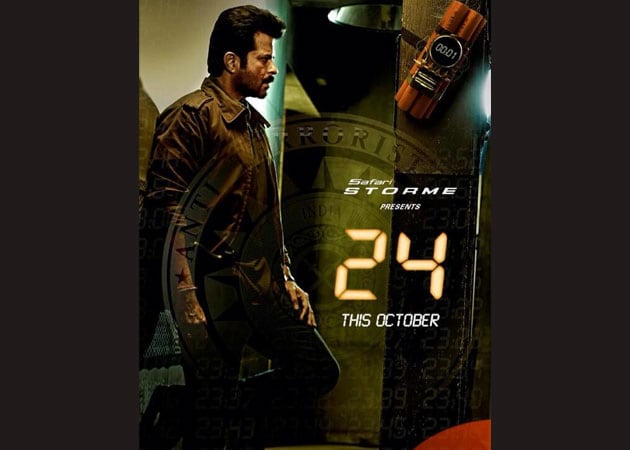 24 is an adaptation of a popular American TV series of the same name.

Actor Anil Kapoor on Thursday announced his debut TV show 24 will go on air on October 4, 2013.

Actor Anil Kapoor on Thursday announced his debut TV show 24 will go on air on October 4, 2013.
It will be aired on Fridays and Saturdays at 10 pm.
"I can't tell you how nervous I am today. But as we are here to announce, the show 24 will be on air from October 4," he said.
24, the Indian adaptation of American series, retains all the elements of the original.
"I have had a lot of peaks in my career, but there are certain moments that you want to soak in and this is that moment. I feel this is the greatest moment of my life," said the actor.
The entire cast and crew of 24 was present at the press conference, including Anil, Shabana Azmi, Anupam Kher, Tisca Chopra, and Mandira Bedi among others.
"We thought weekend slot should be good. All the working people can come home and watch it. It was a strategy to get both Salman Khan (as Bigg Boss 7 host) and Anil Kapoor back to back," Raj Nayak, the channel's chief executive, told reporters at the press meet here.