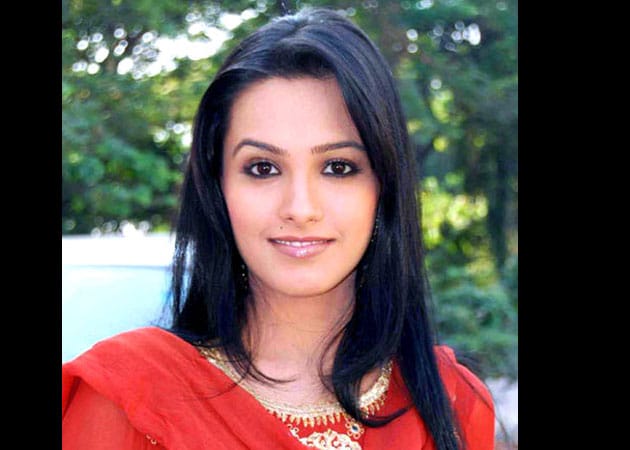 Actress Anita Hassanandani, who is doing a cameo role in TV show Madhubala - Ek Ishq Ek Junoon, agreed to play a superstar in the show.

Actress Anita Hassanandani, who is doing a cameo role in TV show Madhubala - Ek Ishq Ek Junoon, agreed to play a superstar in the show as she had never done similar role in the past.
Anita, who mostly plays demure characters, has acted in shows like Kabhii Sautan Kabhii Sahelii and Kkavyanjali. She was also seen in movies like Krishna Cottage and Just Married.
"A different role, but a cameo. It is a nice show, nice set up and it seemed really interesting. I had never done such a role before and that excited me. Just a cameo, but it's nice to work with different people, go to different sets, that's why I am in Madhubala...," Anita said here on sets of the show.
She is playing a superstar who is approached by lead actor RK (played by Vivian D'sena) for his film after he has been boycotted by the film industry.
"RK is looking for a heroine for his film and he approaches me because I am this big star. When my career started, RK supported me and now he is expecting support from me," Anita said.
"Basically that's the cameo, I am playing a superstar who has been approached to play RK's heroine," she added.
The development in the show is likely to trigger a change in lead protagonist Madhubala's (played by Drashti Dhami) life who is expected to start her career as a film heroine in the show.