Anthony Hopkins Feels Being An Actor Is A 'Peculiar Business'

The Oscar-winning star said he is not cynical, but "it's just that I don't have any opinions about anything anymore" 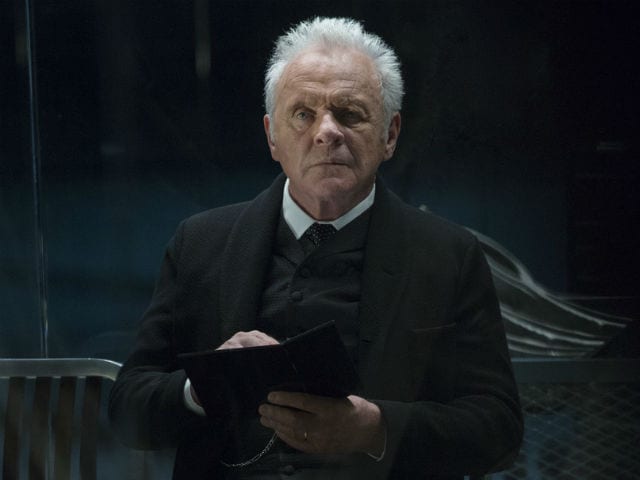 Actor Anthony Hopkins, known for his portrayal of Hannibal Lecter in The Silence of the Lambs, says being an actor is a "very peculiar business."
Anthony will be back on the small screen with Jonathan Nolan's Westworld, which will premiere on Indian television on Tuesday night.
Anthony will be seen playing the role of an enigmatic doctor Robert Ford, who has both a fascination with the creatures he has brought to life and a casual disregard for them.
Asked what attracted him to the project, Anthony said he has no idea.
"Well, my agent called one day and said would you like to be in Westworld? I said, 'What, the old movie?' She said, 'It's HBO' - and I hadn't done television in years. They sent me the script and I said: 'Play Doctor Ford? It's very complicated'. But I said I'd do it - and that was back in 2014," Anthony said in a statement.
He added: "When people ask me, you know, at these interviews - and I've done many over the years - 'Why did you become an actor?' I say, 'Well, it beats working, doesn't it?' And they say, 'What?' Well, it beats working for a living."
"They say, 'Why did you take this part?' Well, nobody else will do it. It baffles them because they wanted me to give a controlled answer: 'Well, I did it because of the arc of the part and the narrative'. But I said, 'I have no idea'. And it's not a pose - I mean it. It's a very peculiar business, being an actor."
The Oscar-winning star said he is not cynical, but "it's just that I don't have any opinions about anything anymore."
"Maybe that's just ignorance, but I don't care," added the 78-year-old actor.
(Except for the headline, this story has not been edited by NDTV staff and is published from a syndicated feed.)