Arnold Schwarzenegger said: "With Trump being involved in the show people have a bad taste and don't want to participate as a spectator or as a sponsor or in any other way support the show" 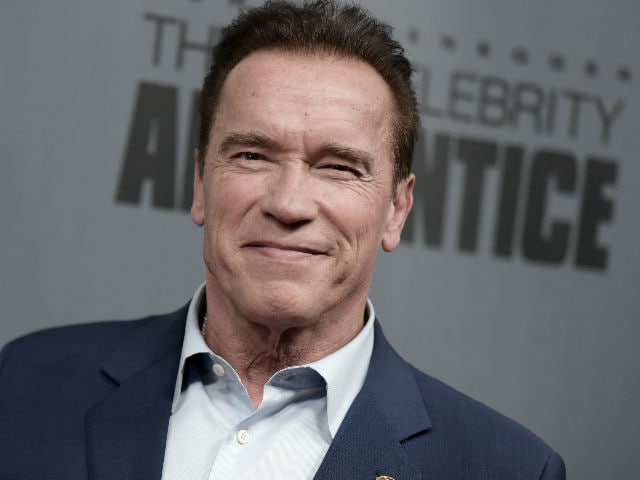 Arnold Schwarzenegger confirmed on Friday that he is terminating his time on The New Celebrity Apprentice after blaming President Donald Trump's continued involvement for its poor ratings. The 69-year-old actor - famous for his catchphrase "I'll be back" - had earlier told entertainment magazine Empire that he had no plans to return to the show after his debut season, and would decline even if asked by creator Mark Burnett. "I loved every second of working with NBC and Mark Burnett. Everyone -- from the celebrities to the crew to the marketing department - was a straight 10, and I would absolutely work with all of them again on a show that doesn't have this baggage," he confirmed in a statement circulated to US media.
Mr Schwarzenegger's representatives in Los Angeles did not immediately respond to a request for comment. "With Trump being involved in the show people have a bad taste and don't want to participate as a spectator or as a sponsor or in any other way support the show," Mr Schwarzenegger had told Empire earlier on Friday.
"It's a very divisive period now and I think this show got caught up in all that division."
He added that he had universally positive feedback on his own performance but people had told him they couldn't watch after seeing Trump's name in the credits as executive producer. "No one really knew that this was going to happen and I think that everyone was caught off guard... When people found out that Trump was still involved as executive producer and was still receiving money from the show, then half the people (started) boycotting it."
Donald Trump, the original host from 2008-14, and Mr Schwarzenegger sparred on Twitter after it was revealed that ratings for the reality business show had dipped. "Yes, Arnold Schwarzenegger did a really bad job as Governor of California and even worse on the Apprentice...but at least he tried hard," he tweeted on February 3.
"The ratings went right down the tubes," the president had said a day earlier at an annual prayer breakfast of religious leaders, which Burnett also attended. "Mark will never, ever bet against Trump again. And I want to just pray for Arnold, if we can, for those ratings."
Mr Schwarzenegger hit back with a link to a story about his release of his tax returns during his campaign to be re-elected as governor of California in 2006.
He also posted a video in which he suggested he and his interlocutor should switch jobs "so people can finally sleep comfortably again."
With the audience slumping below four million after the show's debut in January, Schwarzenegger's resignation may end up being moot, as NBC has not yet picked up a second season.
(Except for the headline, this story has not been edited by NDTV staff and is published from a syndicated feed.)