Are Mohit Raina, Mouni Roy Getting Married? The Answer Here 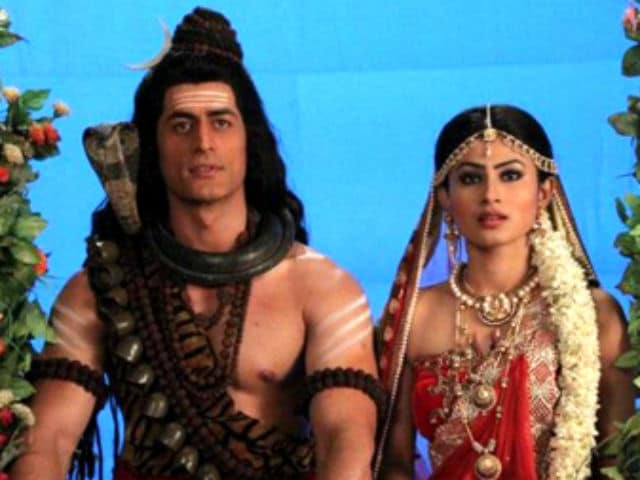 Television actor Mohit Raina, who shot to fame after playing Lord Shiva in the mythological serial Devon Ke Dev... Mahadev, has told Times Of India in an interview that he and reported girlfriend Mouni Roy are'nt getting married next year. The 32-year-old actor said that he wants to settle down someday but is in no hurry. Mouni and Mohit are fiercely private and have never acknowledged the rumoured romance. They appeared together on the show Devon Ke Dev... Mahadev, where Mohit played the titular Mahadev and Mouni was seen as Devi Sati. Asked about rumours suggesting a wedding is being planned for 2017, Mohit told TOI, "No, that's not true. I don't know where these rumours are coming from. I want to settle down someday, but no one is in a hurry."
Mohit added, "I prefer to keep my personal life separate and don't want it under media glare. It doesn't really remain the same if it's completely out there. I have never even brought my mother or any other family member in front of the camera despite many requests."
Mouni Roy, 31, is one of TV's top stars and currently plays the lead on the show Naagin. On her birthday in September, Mohit Raina posted this greeting for her on his Instagram account:

Mohit, who was last seen in Chakravartin Ashoka Samrat as Ashoka, also discussed his stint on the historical show with TOI and said he regrets portraying the role of the grown-up Ashoka. He spoke to TOI about the challenges he had to face to break the connect that viewers had established with young artiste Siddharth Nigam who played the junior version of Ashoka. The show's TRPs dipped massively and hence was taken off air.
Devon Ke Dev... Mahadev had brought fame to both Mouni Roy and Mohit Raina. He even won the Best Actor prize twice, once at the ITA Awards and later at Star Guild Awards for playing Lord Shiva. Mouni recently won Best Actress at the ITA Awards for her performance in and as Naagin while Mohit hasn't signed a new show after Chakravartin Ashoka Samrat.