Asha Negi, Anita Hassanandani And Ankita Bhargava Are On A Girls' Trip To Paris. See Pics

Asha Negi, Anita Hassanandani And Ankita Bhargav, who were earlier holidaying with their beaus in Amsterdam have now flown to Paris for an all girls' trip 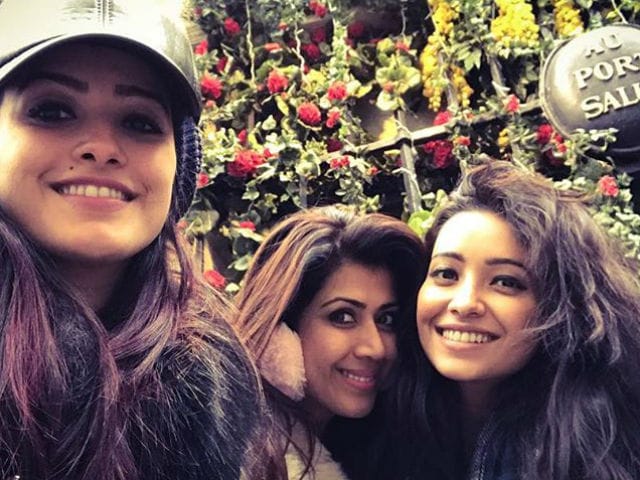 Television stars are all in the holiday mood as the New Year has just begun while Divyanka Tripathi and Vivek Dahiya are enjoying their honeymoon in Paris and London, their co-stars Karan Patel, his wife Ankita Bhargava, Anita Hassanandani, husband Rohit Reddy and actor couple Asha Negi and Rithvik Dhanjani are holidaying in Amsterdam and Paris. The gang is having loads of fun and their pictures on social media shared by them are a proof of that. After enjoying in Amsterdam, the girls- Ankita, Asha and Anita have taken off to Paris sans their beau for an all girls' trip.
Here's what the girls are up to:

Now this is what we call an unreal experience!! #moulinrouge #paris

#paris We girls are having tooooo much funnnn!

The trio seems to be super-thrilled and are experiencing the City Of Love, Paris fully.


An evening in #Paris! With these beauties

All the three are super active on social media and are giving us major travel goals.
Take a look at their vacation diary:

The couples were also accompanied by Ali Gony and Rizwan Bachav.

Anita and Karan together feature in Yeh Hai Mohabbatein and played starred as husband and wife. Anita is the prime antagonist. However, in real life both Anita and Karan happen to be good friends and are often spotted partying together with their respective beaus.
Karan's wife Ankita is also an actor and has featured in serials like Kasautii Zindagi Kay and Karam Apna Apna. They married in the year 2015.
Anita's husband Rohit Reddy is an entrepreneur and the couple got married in 2013.
Asha and Rithvik first met on the sets of Pavitra Rishta and are dating since then.