"I have been getting regular TV show offers for four-five years now. But by doing them, I would have sold my soul. Amma is a finite series. That's why I became a part of this show," said Ashmit Patel 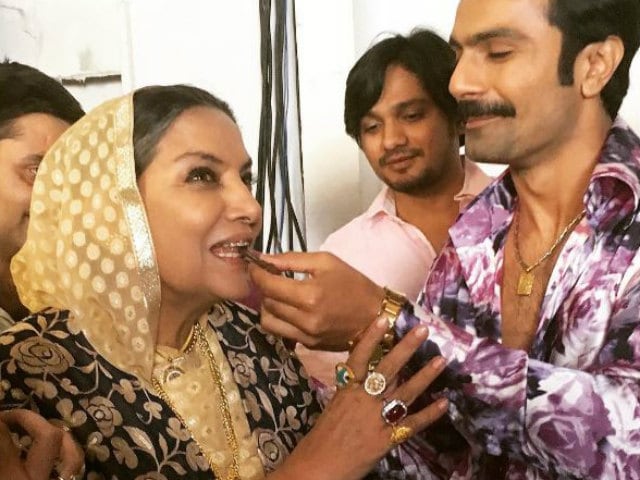 Actor Ashmit Patel, who has appeared in reality shows like Bigg Boss 4, Superdude and Power Couple, said he doesn't wish to be a part of daily soaps even if offered good money as he will be "selling his soul" by doing so.
Ashmit will next be seen in Zee TV show Ek Maa Jo Laakhon Ke Liye Bani Amma after it will take a leap of 15 years on Saturday. He says he became a part of it because it's a finite series.
"I have been getting regular TV show offers for four-five years now. I was getting tempted because they were offering really good money," Ashmit said on the set of the show on Wednesday.
"But by doing them, I would have sold my soul. Amma is a finite series. That's why I became a part of this show. Here, I am getting less (money), but still am happy," he added.
The story of the show chronicles the journey of an ordinary woman Zeenat, who is deserted by her husband during partition, but faces challenges and bounces back with her resilience to emerge as a beacon of hope and leader of the masses.
Veteran actress Shabana Azmi will play the role of Zeenat.
Ashmit said another reason why he is part of Ek Maa Jo Laakhon Ke Liye Bani Amma is that he is getting a chance to play Shabana's onscreen adopted son Faisal.
"I am honoured to get a chance to work with Shabana Azmi. When it was my first day on the set, I was not able to recall my dialogues properly. A legend like Shabana ji is an inspiration for all. It's a dream come true for me to work with her," Ashmit said.
Not only Ashmit, actress Yuvika Chaudhary, who will be seen as Rehana, Zeenat's daughter, said she also decided to be a part of the show because of Shabana ji.
Yuvika said: "I am doing this show because of Shabana Azmi because you really get few chances to work with her. I am learning a lot from her. Also, I am getting a chance to feel like a 1970s girl. I feel blessed to be a part of Amma."