Mr. Bachchan has also lent his voice to the series, which has earlier been described as a funny and fast paced, action-adventure entertainer 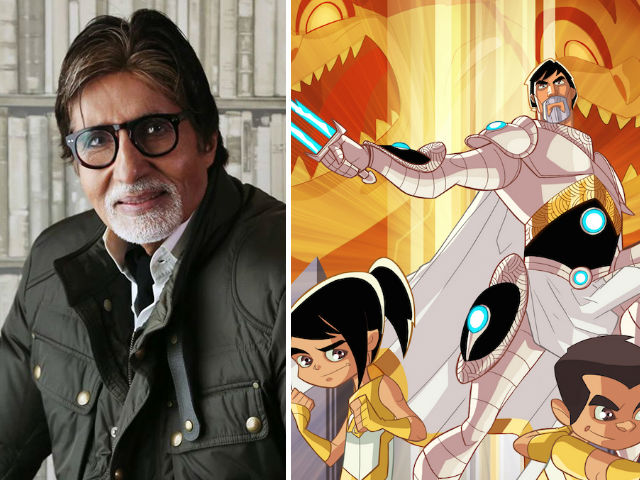 This image (left) was posted on Facebook by Amitabh Bachchan, poster for Astra Force (right)

Disney Channel and Graphic India on Tuesday, Amitabh Bachchan's 74th birthday, released the first look of upcoming superhero series Astra Force, which features the megastar as an animated mythical hero, Astra the Immortal.
The first look tells the story behind Astra and how he meets the two eight-year-old twins, Neal and Tara as they combine forces to save the universe from a new wave of giant monsters and super villains determined to rule the galaxy.
Mr. Bachchan has also lent his voice to the series, which has earlier been described as a funny and fast paced, action-adventure entertainer.
The Pink star, who was born on October 11, 1942, has been a pivotal part of the Indian entertainment industry for over four decades.
Big B, who married actress Jaya Bhaduri, has two children, daughter Shweta and son Abhishek, and three grandchildren - Navya Naveli, Agastya and Aaradhya.
(Except for the headline, this story has not been edited by NDTV staff and is published from a syndicated feed.)