Bigg Boss 10: All That Will Happen In Tonight's Episode

Bigg BossAfter Sahil Anand got evicted on Saturday who will be voted out today? 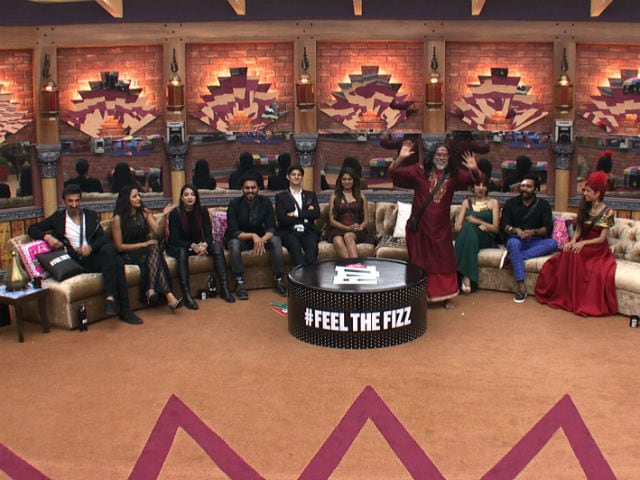 After a much-dramatic Weekend Ka Vaar episode on Saturday, Salman Khan will give an electrifying start to Sunday's episode. Sahil, who was evicted last day, will also be joining Salman. Things will take a hilarious turn as Krushna Abhishek and Bharti Singh and other members of Comedy Nights Bachao Taaza will surprise Salman, before he takes the name of the second evicted contestant. Krushna dresses up as Swami Om and Bharati takes the role of Bigg Boss eye. Both of them will be seen making fun of Swami Om while Karan Wahi will tease Bani for walking out every time during a conversation and calls her 'Walkout Queen'.
Salman will also be seen enjoying with the comedians and later will introduce the thappad game with the contestants where Swami Om will outshine everyone with the most number of slaps.
Moving on, Salman will host Salman Ki Sabha with actor Hina Khan, and Bani's. Hina, who played Rohan Mehra onscreen mother in the television serial Yeh Rishta Kya Kehlata Hai will analyse the contestant's overall performance so far. She will also reveal how she was shocked to see on seeing Rohan's volatile temperament. Meanwhile, Nitin, Bani's friend defends her evasive nature. The sabha will end with Hina advising Rohan to stand up against the right and wrong.
The night, further, takes a magical twist with Israeli mentalist Amir Lustig joining Salman on stage, and later he will enter the house to mesmerise the contestants.
After Sahil, who will be evicted this week amongst VJ Bani, Lopamudra Raut, Rohan Mehra, Priyanka Jagga and Manveer Gurjar and Nitibha Kaul. Swami Om, Gaurav Chopra, Monalisa and Jason Shah who is out of the house due to medical reasons are safe this week.