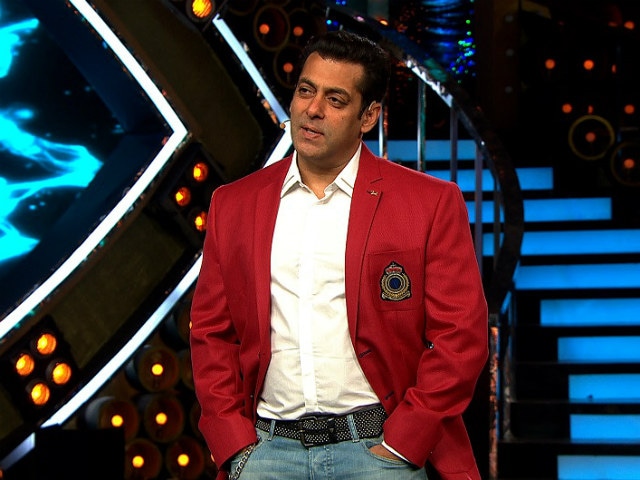 Bigg Boss 10: Salman Khan on the sets of the show

At least one showbiz insider is not impressed by reality show Bigg Boss 10, the weekend presence of actor Salman Khan notwithstanding. Filmmaker Sooraj Barjatya, who directed Salman in movies like Maine Pyar Kiya, said in Mumbai on Tuesday that he doesn't like Bigg Boss and doesn't watch it, reports news agency PTI. Bigg Boss, the Indian version of international reality show Big Brother, puts a bunch of contestants into a special house for the duration of the show - several months - and hands them 'tasks.' Contestants are evicted each week. Salman, 50, hosts the weekend edition of Bigg Boss, currently in its tenth drama-filled season.
"I don't like Bigg Boss. I don't watch that (Weekend Ka Vaar episode on which Salman Khan appears)," Sooraj Barjatya said, reports news agency PTI. "Actually, I don't watch much television. I do see bit of the new shows. I like Shakti, Shani," he said.
Mr Barjatya cannot entirely disclaim television as his Rajshri Productions has just launched a new TV show titled Ek Shringaar... Swabhimaan. He was, in fact, speaking to the press at the launch event. The show, starring actress Prachee Shah Pandya, follows the story of a woman who is determined to give her daughters the best possible education and also to find them husbands who will allow their careers to flourish rather than expect them to live a life of domesticity.
"I have a niece who is working with a top multinational company and is drawing a very good salary. She goes abroad three-four times a year on a holiday with her family. The family was looking for a boy but the condition was that she has to quit her job," said Sooraj Barjatya, who last directed 2015 film Prem Ratan Dhan Payo with Salman Khan in the lead.
Meanwhile, emotions continue to run high on Bigg Boss 10. Currently, two contestants are discovering how fickle friendships formed in the Bigg Boss house can be.
(With inputs from PTI)