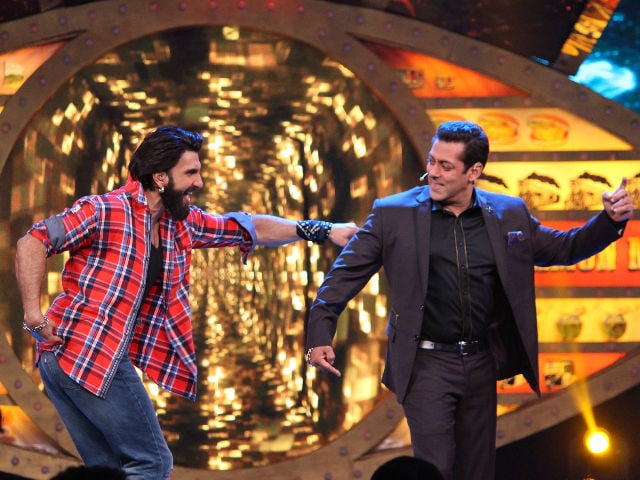 Bigg Boss 10: Ranveer Singh and Salman Khan in a still form the show

Ranveer Singh along with actress Vaani Kapoor will promote upcoming film Befikre on controversial reality show Bigg Boss 10 in tonight's episode. The Weekend Ka Vaar episode with Salman Khan is divided in two parts. In the first part Salman Khan interacts with the contestants, discusses their issues and suggests amends for their respective problems. All of this happened in the episode which aired on December 3. In tonight's episode Ranveer Singh will enter the house, challenge the contestants, and mimic Salman Khan and other celebs like Anil Kapoor, Sanjay Dutt and Shah Rukh Khan.
Ranveer enters the show dressed as Salman Khan from Wanted, in denims tee and a checked shirt among his accessories is a replica of Salman's lucky bracelet. Ranveer enter and dances on Salman's hit track Jalwa from the film. He copies Salman's dance steps and style to the T. Salman Khan then enters and together they dance on Dhinka Chika form Ready. After that Ranveer impersonates his favourite contestant from the show - Swami Om. And Ranveer nails it again. In one segment, Ranveer and Vaani join (the cutouts of) Anil Kapoor, Sanjay Dutt, Shah Rukh Khan and Priyanka Chopra in the television area and interact with Salman as if they were participating in the show. Ranveer is Befikre and impersonates every actor while answering Salman's questions. It's truly hilarious. 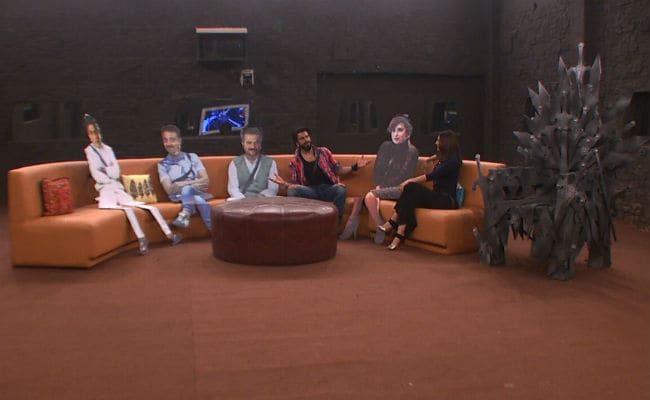 Mimicry aside, Salman also has a game for Vaani and Ranveer. He asks them to identify the two people in a picture which merges to faces. Ranveer is stumped at the first picture in which he identifies himself and Deepika Padukone, his rumoured girlfriend. Salman says, "To soch lo, shaadi ho gayi to beta aisa hoga." Next image bemused Salman and Ranveer volunteers to identify, this time with a song, "Ye Bandhan To Pyaar Ka Bandhan Hai..." yes, that's a merged picture of Salman and Shah Rukh Khan. 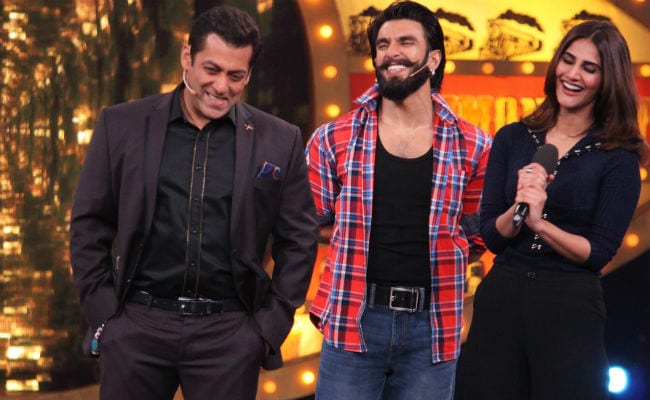 Inside the house, Ranveer and Vaani challenge the contestants befikre-style. Ranveer picks new entrant Jason Shah for a pole dance. Jason gives a phenomenal performance on Aaj Phir Tumpe Pyaar Aaya Hai from hate Story 2. As soon as he ends, other contestants give him full marks. 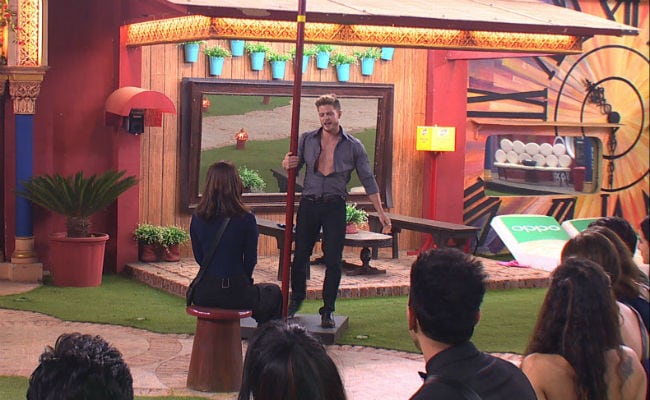 Next, Vaani picks up Monalisa and asks her to seduce a member of her choice by dancing. She dances fro Jason on Aa Zara from Murder 2. 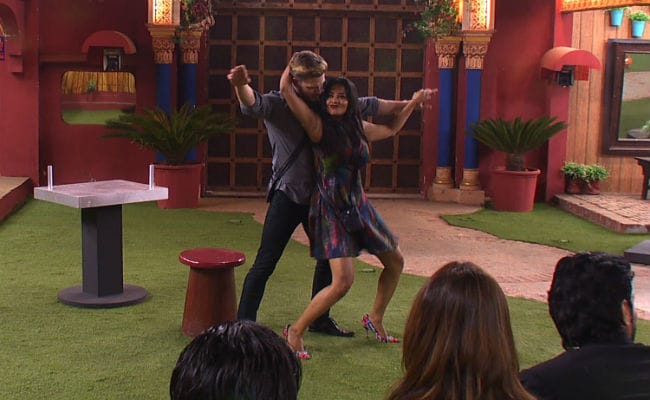 Meanwhile, Bigg Boss will ask Swami Om to leave the house due to an emergency which shocks everyone, however Monalisa seemed happy. Swami Om's involved in a criminal case and has reportedly been taken out to answer a Delhi court's summons. In another turn of events, Manu Punjabi will also be asked to leave the house soon. Due to his mother's death Manu will be taken out of the show. However neither Swami Om nor Manu have been evicted.
This week Rahul Dev, VJ Bani, Jason Shah and Elena Kazan were nominated for elimination. Salman announced that Bani is safe in Saturday's episode and will announce who will be evicted today. Nitibha Kaul, Rohan Mehra, Gaurav Chopra, Lopamudra Raut, Monalisa, Sahil Anand, Priyanka Jagga and Manveer Gurjar were the safe contestants this week.