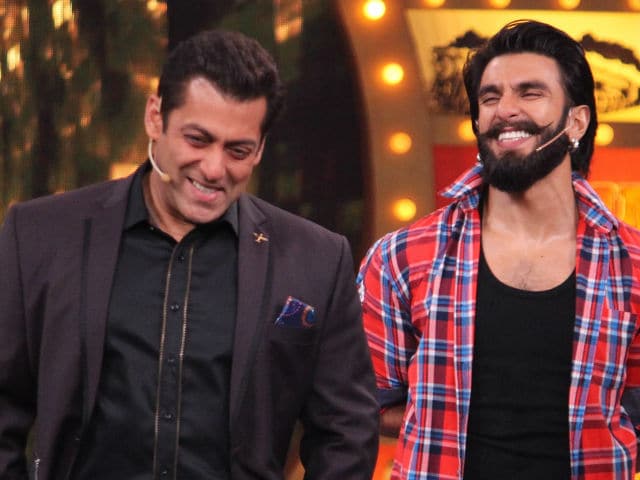 Bigg Boss 10: Salman Khan and Ranveer Singh in a still from the show

Actor Ranveer Singh entered Bigg Boss house to promote his upcoming film Befikre which releases on Friday. The actor was accompanied by his co-star Vaani Kapoor and together the two changed the spirit of Bigg Boss house in the episode which aired on Decmeber 4. Ranveer and Vaani gave Befikre dares to the contestants some of which were carried out the T and others not so much. Ranveer and Vaani also shook a leg with the housemates, enjoyed as the others performed their dares and much more. Ranveer Singh and Vaani Kapoor made separate entries in the house and took everyone by surprise.
Everyone gathered in the garden area and then started the game of Befikre dares. One was given to wild card entrant Jason Shah. Jason was asked to do pole dance for Vaani, which he did gladly. He in fact put up a brilliant show as the contestants cheered him on with Ranveer in lead. Jason gave a spectacular performance on Aaj Phir Tumpe Pyaar Aaya Hai from Hate Story 2. 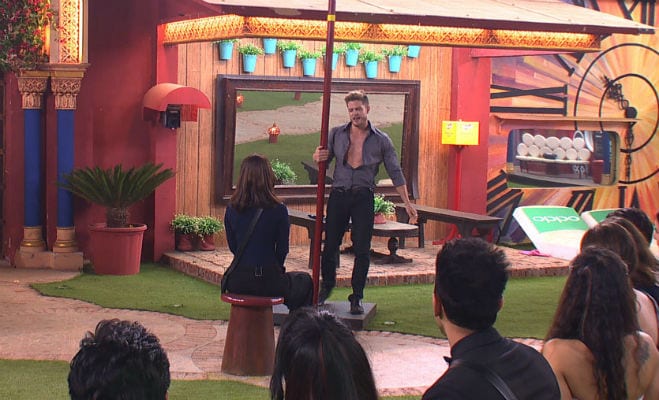 Next up, Vaani gave a dare to Monalisa and asked her to pick up one person from the house seduce him with her dance. Jason, who had just settled in his seat after his own performance, obliged to accompany Monalisa when she asked. Monalisa danced to Aa Zara from Murder 2 and she too was quite good at her act. Like with Jason, contestants cheered and hooted for Monalisa. 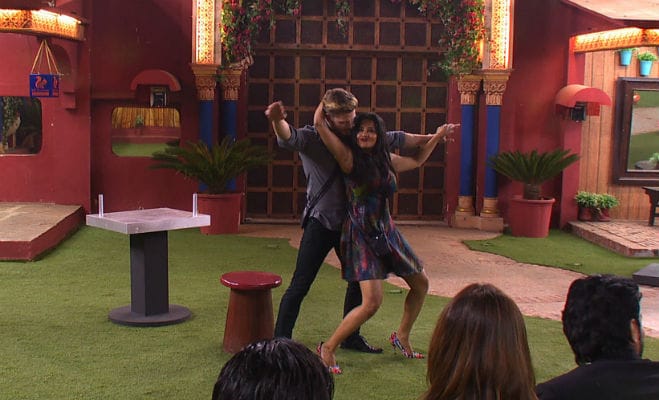 After that Ranveer and Vaani asked Nitibha Kaul to give up her entire make-up collection as part of the dare. She did (or so it seemed). Later when Salman Khan asked her how will make do without her makeup, Nitibha said that she's got some in her basket, which may suffice. Salman then asked her to leave the makeup in store room as that was a part of the task and she had to complete it.
Ranveer's Befikre dares was just one part of the show. The brilliant part came when he exited the house and joined Salman Khan, who hosts the weekend episode Weekend Ka Vaar on stage. Ranveer was dressed as Salman from Wanted (he also has a bracelet like the one Salman wears) and danced to Jalwa a la Salman Khan-style. Then Salman joined him for a gig on Dhinka Chika from Ready. 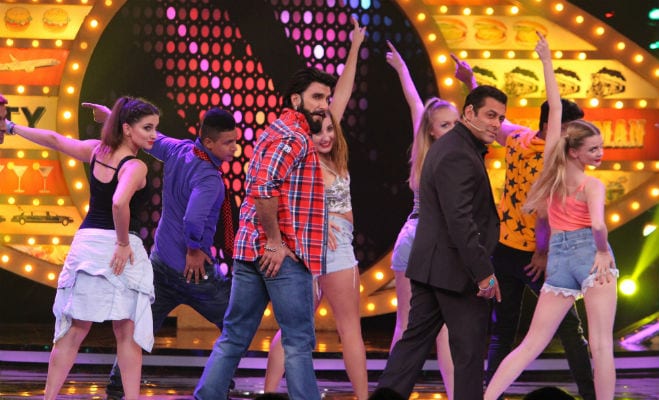 Then there was a picture identification game too which had the audience in splits. Makers merged pictures of two celebrities and Salman asked Ranveer to guess who's who. The first one was a merge of Deepika Padukone and Ranveer. Salman joked: "Soch, agar shaadi ho gayi to beta aisa dikhega." Next picture was a merge of Shah Rukh Khan and Salman and this time the joke was on the Dabangg star as Ranveer identified the two celebs with a song. "Ye Bandhan to Pyaar Ka Bandhan Hai" Ranveer sang.
In another part, Ranveer and Vaani were seated with the cut-outs of Shah Rukh Khan, Sanjay Dutt, Anil Kapoor and Priyanka Chopra as if they were participating in the show while Salman interacted with them on television. Ranveer stunned everyone with his impeccable impersonation of each actor. Ranveer and Vaani eventually left the show with a promise to meet them on the big screen on December 9, when their film Befikre releases. The show went on. 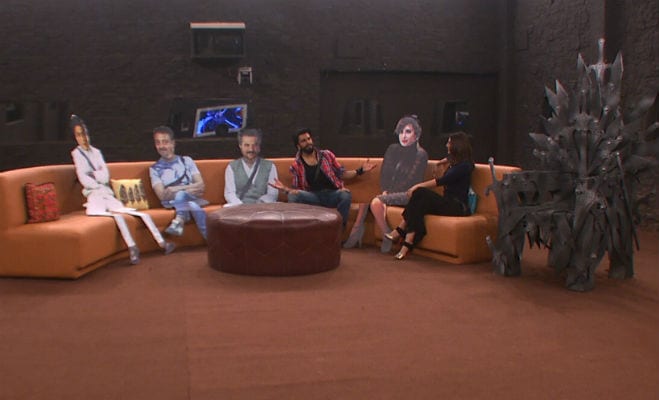 Wild card entry Elena Kazan was eliminated from the show while Jason Shah, Rahul Dev and VJ Bani joined the other safe contestants - Nitibha Kaul, Rohan Mehra, Gaurav Chopra, Manveer Gurjar, Manu Punjabi, Lopamudra Raut, Sahil Anand, Monalisa and Rahul Dev to continue their journey on Bigg Boss 10.
Meanwhile, Swami Om was asked to make an emergency exit from house. The self-styled god man who created maximum nuisance was asked to leave in connection with a criminal case against him as he had to answer a Delhi court's summons. Manu Punjabi too had to make an emergency exit after the death of his mother. However, Bigg Boss doesn't reveal the reason for Manu's exit to the housemates. In a previous season Keith Sequeira also took 13 days off from the show to attend his younger brother's funeral and final rites. However, there have been no reports of Manu or Swami Om's re-entry so far.