Bigg Boss 10: Gaurav Chopra was the latest contestant to get evicted from the show. As soon he came out, Gaurav tweeted: "Thank you for the warmth" 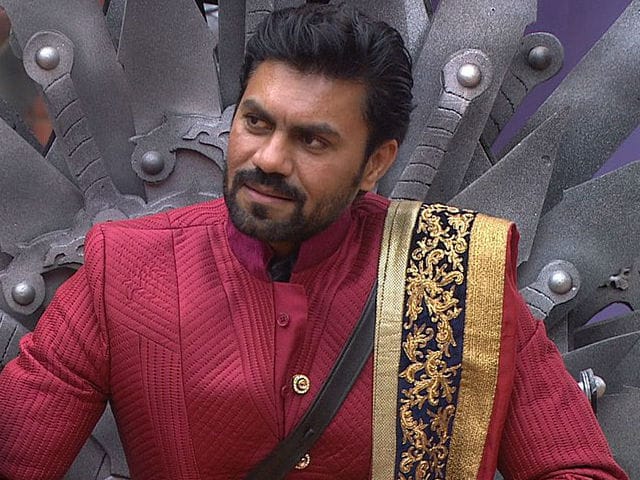 Bigg Boss 10: Gaurav Chopra was one of the strongest contestants

Gaurav Chopra, who was considered as one of the contenders of Bigg Boss 10 title, was on Sunday evicted from the show in the Weekend Ka Vaar episode which aired on January 1. Gaurav, 37, has featured in television serials like Uttaran, Left Right Left and reality show Nach Baliye. He has also acted in the Hollywood film Blood Diamond. Gaurav, Bani J and Monalisa were nominated for evictions. Monalisa got the maximum votes and Bani second. However, Bani was relieved after being declared safe, but was upset to see Gaurav leave the house. All the housemates were shocked after Gaurav's eviction.
As soon he stepped out of the house, Gaurav thanked his fans for supporting him on the show. He tweeted:

Just saw this and .... .....
Yes these are mine ..
I'm there at least in spirit with her..#support#nomatterwhatpic.twitter.com/mpoTHxj8TW

Rahul Dev, who was evicted before was also disappointed over Gaurav's eviction.


Disappointed with the eviction of @gauravchopraa#BB10@BiggBoss@ColorsTV ..really dunno what audiences want.. hope it's an act

The Weekend Ka Vaar episode saw Salman Khan lashing out at Swami Om for his behaviour during the captaincy task. He even called the controversial self-styled godman Dhongi Baba, who just wants any kind of publicity. Talking about one of the biggest fight of the week between Rohan and Swami Om, Salman justified Bigg Boss's decision of nominating Rohan for the entire season. Salman reminded Rohan that since his move of pushing Swami Om was a planned one, it can't be justified in any way.
Later, actor Aamir Ali and ex-Bigg Boss contestant Diandra Soares joined the guest panel and analysed the contestants' game plans.
After Gaurav Chopra's eviction, Bigg Boss is now hosting eight contestants. Swami Om, Nitibha Kaul, Manveer Gurjar, Manu Punjabi, Rohan Mehra, Bani J, Lopamudra Raut and Monalisa.