Bigg Boss 10: The luxury budget task will be introduced, wherein the housemates will be divided into two teams 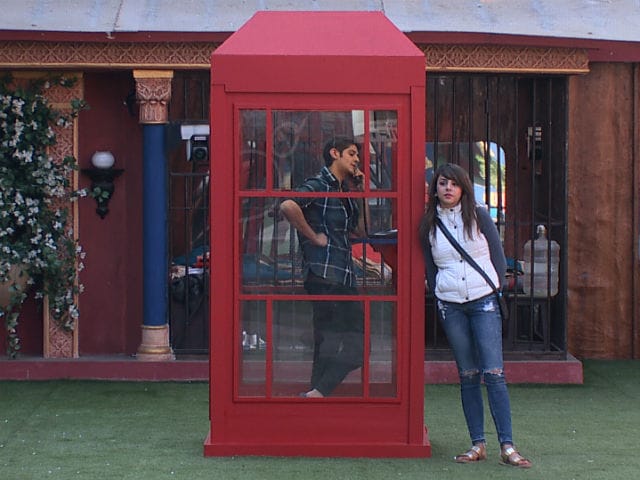 Bigg Boss 10: Nitibha and Rohan during the luxury budget task

After Manveer won the ticket to finale in yesterday's episode, the housemates will today wake up to the song Sala Main Toh Sahaab Ban Gaya. Early in the morning, Manu and Manveer will be seen sharing their experience of the mall task with the housemates. Manveer will tell Manu that Nitibha's reaction to their win was something unexpected. Soon after that, the luxury budget task will be introduced, wherein the housemates will be divided into two teams- call centre executives and customers. Manveer, Manu and Lopamudra will form the call centre executives team Bani, Rohan and Nitibha are customers. The executives will have to give a suitable solution to the customer's problems and customers have to make sure that they irritate the executives and instigate them to disconnect the call.
As soon as the task will begin, Rohan makes the first call to Manu and tells him that he is incapable of doing simple. Furthermore, he says that Manu always engages in backbiting about other contestants and labels it as entertainment. However, Manu will patiently listen to. Up next, Bani will make a call to Lopamudra and will comment on her beauty pageant victory and will annoy her to the core. After the call is done, both will get into an ugly spat. Meanwhile, Nitibha makes a call to Manveer.


#NitibhaKaul gets a chance to seek answers for her questions from #ManveerGurjar! Will this resolve the issues in their friendship? #BB10pic.twitter.com/lZIoRig1f7

It sure cannot get worse for @bani_j & @lopa9999! Witness the biggest cat-fight in the history of #BB10! Watch this space for more! pic.twitter.com/hEtd7w7iWj

Meanwhile, Bani will ask Rohan to reveal Lopamudra's weak points. However, Rohan ignores Bani's request on which, Bani tells him that he is not playing the game sportingly and is only protecting his friend. Rohan will lose his cool and will ask Bani to stop bothering him.