Bigg Boss 10, January 16: Monalisa Is Unhappy With Manu And Manveer

Bigg Boss 10: Monalisa feels that she is being misunderstood by Manu and Manveer 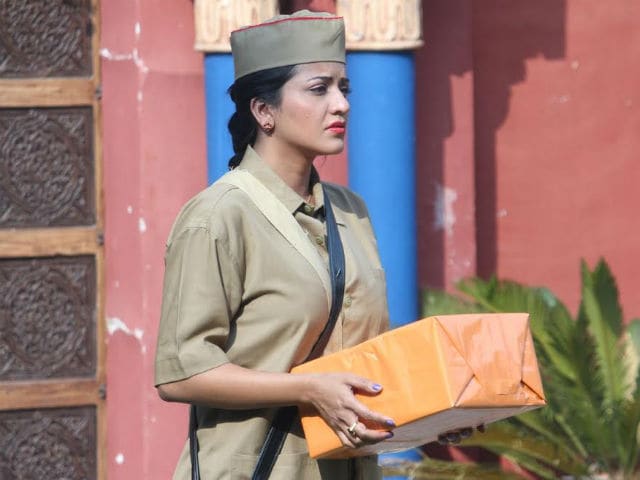 Bigg Boss 10: Monalisa in a still from the show

After the fun-filled Weekend Ka Vaar episode with Salman Khan and Govinda, the game will get intense today. Early in the morning, Monalisa will starts cribbing about how she is being misunderstood by Manu and Manveer. Manu and Monalisa will have a small argument over her behaviour. Later in the day, Bigg Boss will introduce the nominations task for the week, where in, every contestant has to dress like a postman and will be assigned a parcel of another contestant. They have to either deliver or destroy it in a foyer. If they fail to destroy it, they will be nominated and the contestant owning the parcel will be safe from nominations. The parcel will contain gifts or letters sent by their loved ones.


.@TheManuPunjabi repeatedly tells @MonalisaAntara to not nominate herself. Will she listen to him & burn his parcel? #BB10pic.twitter.com/hcX6bTX3ar

Manveer, who has already got the ticket to finale week and Rohan, who is nominated for the entire season will be made the sanchalaks of the task.


.@MonalisaAntara gets emotional as nominations put her in a difficult situation! Will she select friendship over immunity? #BB10pic.twitter.com/M6cYpeux1E

After the first buzzer will ring, Monalisa will go first and deliver Manu's parcel. However, Manu will get furious over Monalisa's decision. Bani and Lopamudra will also get into a fight during the task. Bani will destroy Lopamudra's gift. Manu and Rohan will be warned by Bigg Boss as will be asked to play their roles properly.
As of now, Bigg Boss 10 is hosting six contestants. Nitibha Kaul got evicted last Saturday and Manveer got into the finals after a task. Now, it would be interesting to see who gets nominated at this crucial stage of the game.