Bigg Boss 10, January 16: Bigg Boss introduced the nomination task soon. As part of the task, every contestant had to dress up like a postman and everybody was in charge of a parcel, which actually belongs to someone else The Biss Boss 10episode of January 16 was kicked off as the contestants woke up to the song Tohfa Tohfa, Laya Laya. The episode aired on television on Monday night witnessed a disagreement of sorts between the M-trio of the house - Mona, Manveer and Monalisa. Monalisa was offended after Manveer Gurjar pointed out that she has started beating around the bush instead of putting her words across clearly. Meanwhile, Manu Punjabi was left confused about what rubbed off Monalisa the wrong way. Monalisa also complained that she is always misunderstood by Manveer Gurjar and Manu Punjabi, who she considers her closest friends in the house. 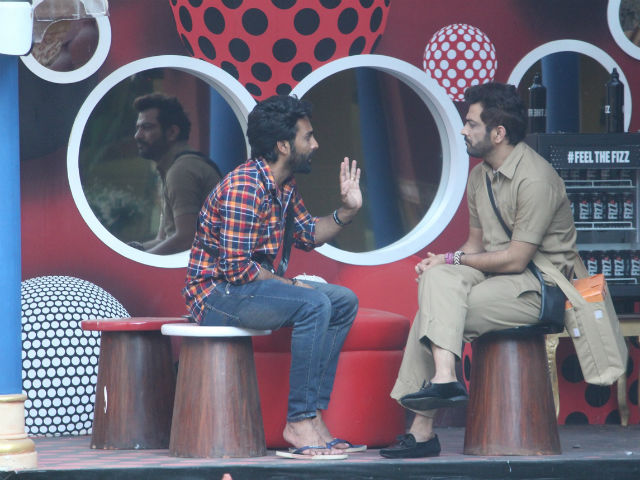 Bigg Boss introduced the nomination budget task soon. As part of the task, every contestant had to dress up like a postman and everybody was in charge of a parcel, which actually belongs to someone else. The task required the contestants to either deliver or destroy the parcel they have. Those who fail to destroy the parcels will be nominated while those who were supposed to receive them, would be safe from nomination.
Mona was the first person to participate, who delivered Manu's parcel to him without a second thought. The housemates decided to hand over the parcels to the respective contestants so that everyone ids nominated - a decision which irked Bani. Bani said that she'll act according to her decisions at this crucial stage in the game. Bani burnt the letter sent for Lopamudra in the foyer, and left Lopamudra rather upset. But she gathered herself and continued with the game.


.@MonalisaAntara gets emotional as nominations put her in a difficult situation! Will she select friendship over immunity? #BB10pic.twitter.com/M6cYpeux1E

Lopamudra spotted her half-burnt letter in the foyer and attempted to read it along with Rohan. Bigg Boss intervened and stopped Lopamudra while Manveer and Rohan were called in the confession room. The two facilitators - Rohan and Manveer - were strictly warned to conduct the task properly otherwise they will be suitably punished for their inefficiency. The nomination task ended with Lopamudra and Rohan's name on the list while the rest of the contestants remained safe.
Meanwhile, in the sneak peek of tonight's episode, Monalisa's boyfriend enters the Bigg Boss to propose marriage to her.