Bigg Boss 10: The contestants will be divided in two groups- Team Manveer and Team Rohan. They will get the last chance to save themselves from nominations 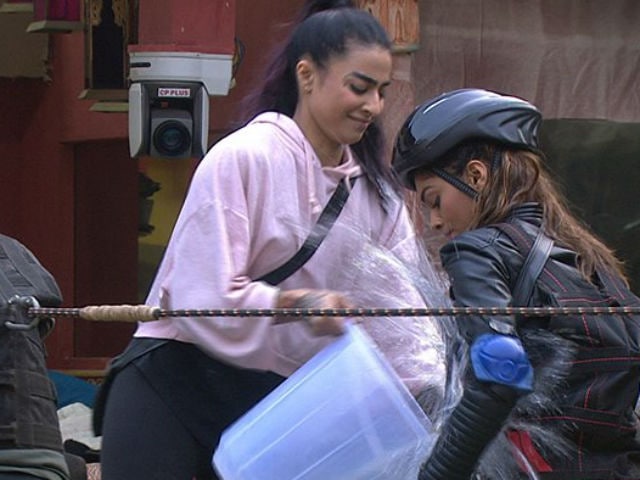 Bigg Boss 10: Bani and Lopamudra in a still from the show

After Monalisa and Vikrant Singh Rajput's bigg fat wedding, Bigg Boss 10 will be back to its usual business. The contestants in today's episode will get the last chance to save themselves by getting a benefit during a task introduced by Bigg Boss. Before the task is announced, Vikrant will be asked to leave the house. The housemates along with Monalisa come to see him off at the main gate. During the task, the contestants will be divided into two teams. Team Manu will have Manveer, Lopamudra and Manu while Team Rohan will have Monalisa, Bani and Rohan. Team Manu will be tied by a bungee cord and while there hands will be put on a red circle and they will be asked to stay in that position for the longest time. Team Rohan will have to distract them. If Team Manveer would successfully complete the task, they will get a special power to save themselves.


#VikrantSinghRajpoot leaves the #BB10 house today which upsets @MonalisaAntara! Tune in to see how the lovers bid adieu. pic.twitter.com/1Rtbxf9lg5

During the task, Bani and Rohan will make several attempts to distract Manveer, Manu and Lopamudra. They pour cold water, oil, curd and other various things on them.

Tonight's task is the toughest task so far and will determine the top contestants. As on now, Bigg Boss 10 is hosting six contestants. Monalisa, Manveer, Manu, Bani, Lopamudra and Rohan. Manveer and Manu for the non-celebs (Indiawaale) group. Monalisa and Rohan have been nominated for evictions this week. Rohan has been nominated for the entire season after he pushed Swami Om during a task.